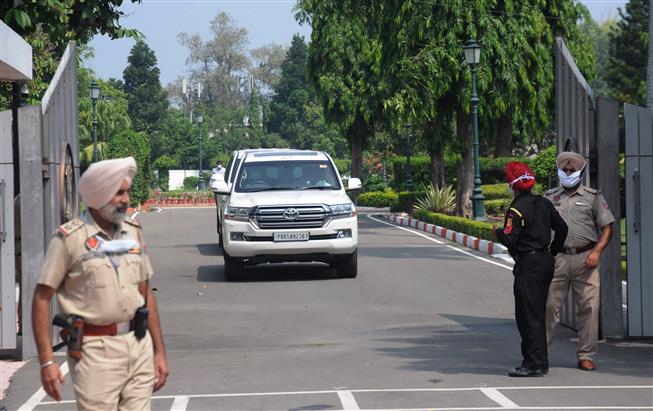 As 15 ministers take oath in the Charanjit Singh Channi’s Cabinet tomorrow, caste and regional considerations while mollifying MLAs close to Capt Amarinder Singh seem to have played an important role in deciding the names.

After the brainstorming session of state party leaders, chaired by Rahul Gandhi, a message has been sent out regarding likely dropping of the former ministers who faced alleged corruption charges.

However, likely induction of three-time Kapurthala MLA Rana Gurjeet Singh, a minister in the Captain Cabinet who was forced to step down after an alleged scam in the allotment of sand mines to his former employees, has come as a surprise. Pulls and pressures by leaders to leave the party is learnt to have worked in Rana’s favour.

Among the seven new faces likely being inducted, five are Jats, one an OBC and another a Valmiki. However, Mazhabi Sikh MLAs have been left out of the Cabinet.

“What is surprising is that not a single Dalit leader from the Doaba region has been adjusted. Doaba is the hub of Dalit vote bank,” said Anish Sidana, a Congress leader.

Sources said former PCC chief Sunil Jakhar was instrumental in getting Rana Gurmit Sodhi dropped. In the recent past, Jakhar had opened front against Sodhi.

Jakhar’s suggestion to the party high command to least disturb Hindu ministers in the Capt Amarinder Singh government helped retain most of them, barring Sunder Sham Arora. While PCC chief Navjot Singh Sidhu batted for adjustment of Mazhabi Sikh MLA Sukhwinder Singh Danny, various permutations and combinations did not allow adjustment of any of the three MLAs from the community.

Decision of the party not to induct any first-time MLA resulted in many being left out. Even as the party high command had cleared a majority of the names, differences started surfacing among the legislators who got upset over being left out in the race.

To ensure better coordination, CM Channi on Saturday said he would meet ministers, MLAs and other political functionaries every Tuesday at his office from 11.30 am to 2.30 pm. A spokesman for the CMO said the CM ordered that Cabinet meeting would be held every Tuesday at 3 pm and all administrative secretaries/HoDs had been asked to stay in offices during the meeting.