The victim was called to police station to record his statement but he is yet to come: Police 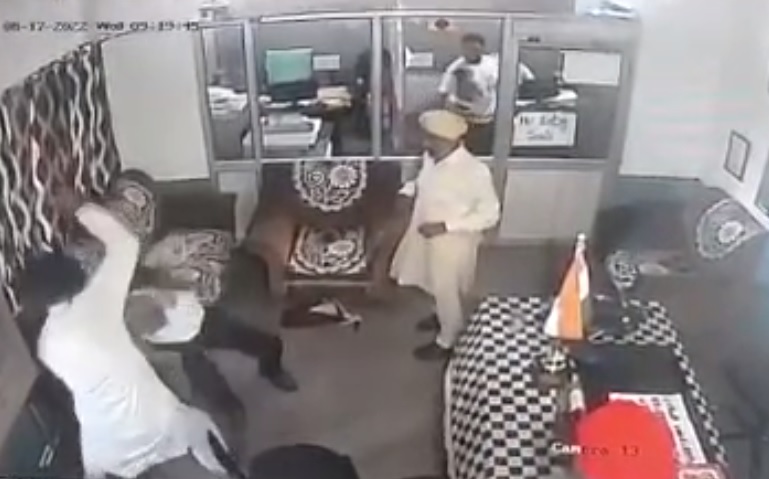 Former principal of Shahigarh school at Sihora village in Payal, Khanna, was thrashed by a ex-sarpanch at school on Wednesday. The former principal’s turban was also tossed and the incident was caught on CCTV camera.

The victim is yet to lodge a complaint with police.

Police said the victim was called at police station, Maloud, for recording the statement but he is yet to come. After taking his statement the action will be taken as per law, police said.