Centre’s attempt at backdoor talks fails as unions stay together 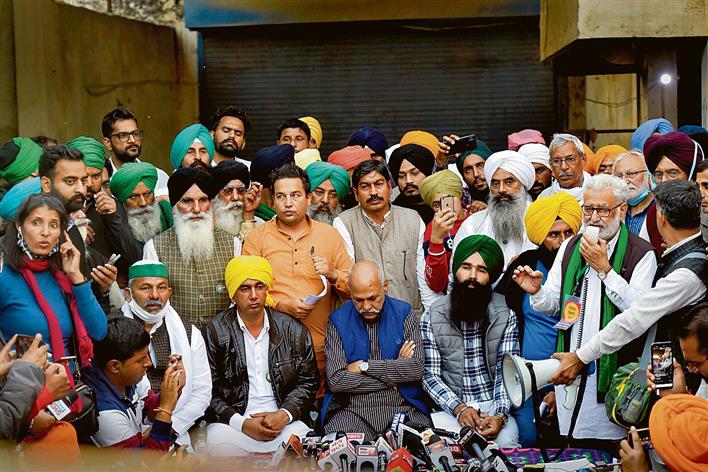 The Union Government’s bid to initiate backdoor talks with a ‘select group’ of farm leaders failed terribly in front of the unity of Punjab farmers’ unions.

Since then, the Union Government is leaving no stone unturned to reach out to the leaders for “informal” talks.

According to sources in the BJP, a district president of the party in Malwa region was assigned to approach Ugrahan through his “known” circle. “Last week, through certain people, we approached Ugrahan with the offer that Amit Shah wants to talk to you but he did not entertain any informal talks.”

Similar attempts were made with the group of 32 farmer organisations. Since last week, there was a buzz among various organisations that some leaders were being privately approached to meet Shah and Rajnath Singh.

Finally, they asked three leaders to meet for an “informal” discussion. The proposal was placed before the 32-member committee where there was strong opposition for any such talks. A group, which was instrumental in taking the decision to sit on the Kundli border instead of going Burari grounds, opposed the move on the ground that when the idea of a select committee given by Union Agriculture Minister was already rejected, then there is no rationale behind sending a select group for talks.

Ultimately, the decision was taken with voice vote and as per the majority decision, instead of accepting the proposal of three, six leaders from various organisations were sent for meeting Shah, but they were not given any right to take any decision.

Even some leaders who are taking bold positions in the agitation are being approached by two Punjab officials, including one retired from the Agriculture Department and another police officer. They are continuously camping in Delhi and trying to pursue the leaders.

A farmer leader who wished not to be quoted said the government is continuously looking for pliable farmer leaders of the group and operating through them.