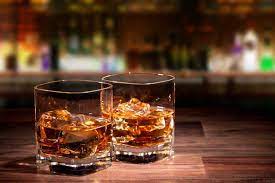 A team of CIA staff busted a 6-member gang who were illegally taking out spirit from two tankers on Tuesday evening.

The accused allegedly colluded with the drivers of the tankers and extracted the spirit sent by factories at Sansarpur Terrace in Himachal Pradesh to various places, in plastic cans of 35 litres.

According to sources, they sold these cans for Rs 1,200 to Rs 1,300 per can. The police have recovered 2 tankers of spirit and cans used to steal the spirit. The accused used to sell it to reportedly making fake liquor out of it. The Talwara police have registered an FIR in this regard under sections 328, 379, 380 and the Excise Act against the accused. The investigation is going on and major revelations are expected in the case with the inclusion of more accused.

The CIA staff received information while patrolling near Adda Ambi that some people were taking out the spirit from the tankers behind a Dhaba near Baringali Khadd. These people used the said spirit to make fake liquor and sell it as high-quality liquor.

Sub Inspector Nirmal Singh of CIA, who had conducted the raid, confirmed the action taken by the CIA but declined to share any details.