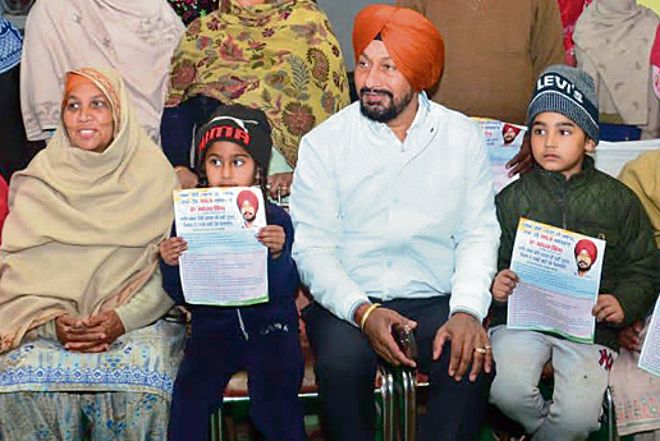 The Bassi Pathana constituency in Fatehgarh Sahib district is witnessing a keen contest not only among traditional parties but also Independent and newly formed Punjab Lok Congress candidates.

While the Congress, BSP and AAP are leaving nothing to chance to win the constituency, the entry of Dr Manohar Singh, brother of Chief Minister Charanjit Singh Channi, as an Independent candidate and PLC nominee Dr Deepak Jyoti have queered the pitch for them.

Similarly, Dr Manohar Singh is moving from door to door to woo voters, claiming he wants to “put the seat in the lap of brother after winning it”.

The sudden shift of focus on the constituency, which is lately being frequented by family members of high-profile leaders seeking votes for their respective candidates, has left voters both confused and surprised, as they see it as a victory of democracy.

Even candidates from traditional parties are unsure of which way the wind will blow this time and how much impact the presence of high-profile faces in the constituency will have.

Congress candidate and sitting MLA Gurpreet Singh GP says the presence of Dr Manohar Singh in the fray will benefit him, as none of the Congress leaders or workers has joined him from the area. “Only those who are opposed to him or supporters of AAP and SAD are backing the CM’s brother,” he claims, adding Dr Jyoti, PLC candidate, who was earlier in the Congress has no base in the area.