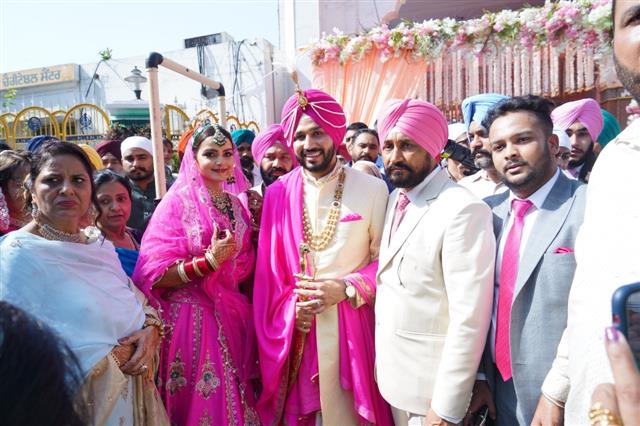 Four police personnel, including an Inspector, have been suspended for alleged breach of CM Charanjit Singh Channi’s security at the ‘ladies sangeet’ ceremony during his son’s wedding on October 9.

Inspector Sukhbir Singh, Jaskaran Singh, Darshan Singh and Satbir were on duty outside the venue, but they reportedly left the place and entered the room where the CM and his family were present. Sources said the cops were seen clicking pictures with the CM at the function. Mohali SSP Navjot Singh Mahal said the cops had been “suspended for carelessness”.

Channi’s son Navjit Singh tied the knot at a gurdwara in Mohali on October 10. In an internal report prepared by the Police Department, it has been pointed out that a video footage showed the Inspector, posted in the CIA wing at Kharar, allegedly crossing the CM’s security cordon in an inebriated condition and coming close to the CM. No effort was made by the security personnel to stop him.