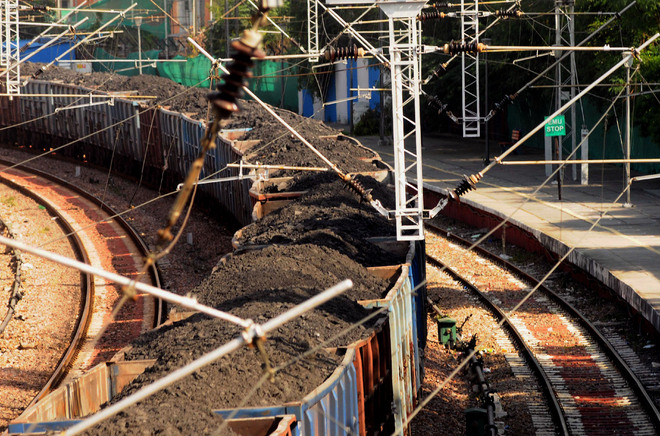 Owing to a depleting coal stock, residents continue to face unscheduled power cuts across the state. Punjab State Power Corporation Limited (PSPCL) is resorting to two to five hours of cuts in the urban areas and around six hours in the rural areas daily. The rotational power cuts might go beyond a week with the availability of coal far from satisfactory.

No rakes for state-run plants

Meanwhile, farmers claim the government has assured an uninterrupted power supply for six hours against the required eight hours. Manjit Singh Nial, a farmer leader, said: “We need electricity to run tubewells for paddy. The government has backtracked from their promise of a continuous supply as it is giving power intermittently.”

However, the PSPCL said there was an improvement in the supply to the agriculture sector and the quantum of power cuts on domestic consumers.

The ongoing coal crisis is forcing the PSPCL to purchase electricity at higher rates to meet the electrcity demand. In the first week of this month, the PSPCL purchased power at around Rs 5 per unit. However, it had to buy power over Rs 10 per unit after October 6. The PSPCL said they had to purchase 1600 MW on Tuesday at Rs 14.56 per unit.

In just 12 days, the PSPCL has already purchased electricity worth Rs 280 crore from power exchange. It is learnt that the coal stock in the five thermal plants in the state remains critical — even on Tuesday — as only 13 coal rakes reached the state against the average consumption of 22. Of 13, the state-owned thermal plants couldn’t get any coal rakes. Around 52 coal rakes are said to be in transit.

The PSPCL said presently, all private coal-based plants in the state had less than two days of coal stock, while the state-owned plants had below three days of stock. The state-run plants were still operating at 50 per cent of their generation capacity.

Nabha Power Limited (NPL) thermal plant, however, is producing the highest power by running to its full generation capacity.