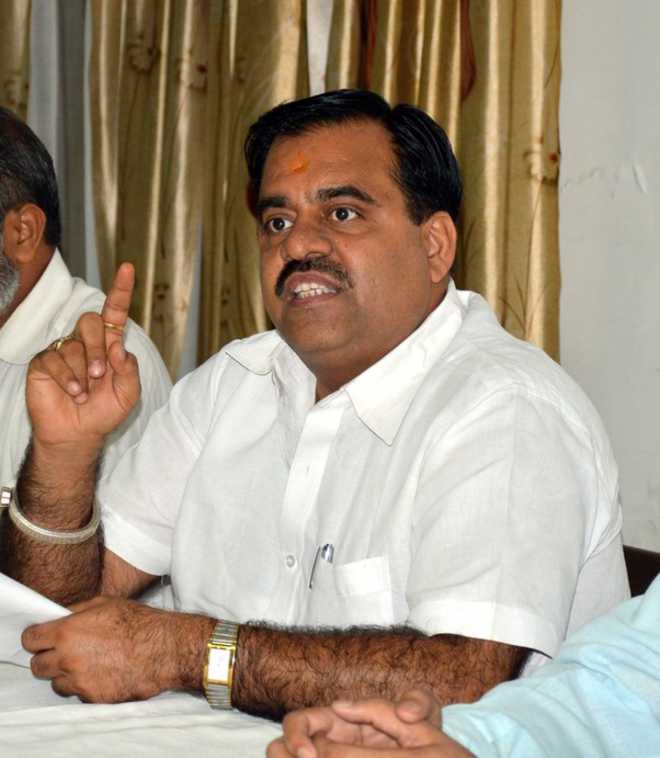 Reacting strongly to the appointment of Balwinder Singh Kotlabama as chairman of Punjab Genco Ltd, Chugh said it was reprehensible the way the Charanjit Singh Channi government had been buckling under the pressure of anti-national forces. Chugh claimed that Kotlabama was the brother of US-based Avtar Singh Pannu, a key office-bearer of banned pro-Khalistan organisation Sikhs For Justice (SFJ). He said it looked in tune with PCC chief Navjot Sidhu heaping praise on Pakistan PM Imran Khan. — TNS