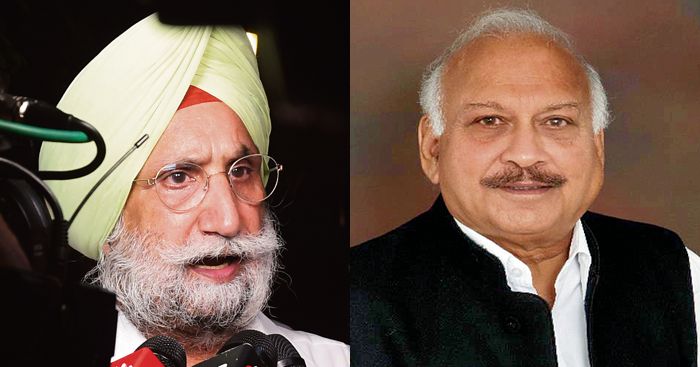 The Congress on Sunday sprang a surprise in Punjab, giving the state its first Dalit CM and seeking to checkmate the Akali Dal and Aam Aadmi Party, who have announced appointment of Dalits as Deputy CM, if voted to power. Congress president Sonia Gandhi and Rahul Gandhi decided to gamble on Channi in the state with a 32.2 per cent Scheduled Caste population.

The appointment is a signal to the SCs who backed Congress wholeheartedly in 2017. Of the total 80 Congress MLAs, 23 were SCs and 32 Jat Sikhs. Two factors aided Channi’s selection — social engineering and acceptance of a Dalit face across Punjab Congress factions. The gamble paid off with even Capt Amarinder Singh and his loyalist Manish Tewari welcoming Channi’s election as CLP leader.

Discussions veered towards Dera Baba Nanak MLA Sukhjinder Randhawa until PCC chief Navjot Singh Sidhu, sources said, expressed apprehensions. Sidhu backed Channi. “Although Sidhu’s calculation may have been to support a non-Jat Sikh CM until the elections (Punjab Assembly term expires on March 27, 2022) and remain in contention for the CM’s post for the polls, it will be impossible to unseat a Dalit CM if the Congress is re-elected,” observed a Congress veteran.

The Congress leadership now faces the challenge of adjusting Hindu and OBC leaders. Also, it will also have to ensure the representation of OBC leaders in the new Cabinet. The OBCs in Punjab comprise 31 per cent of the total vote share. Three-time MLA Sangat Singh Gilzian is a strong claimant for a Cabinet berth. So is senior party leader Anish Sidana, said sources.