‘Cooking up stories for cheap publicity’: Capt Amarinder hits back at Pargat Singh 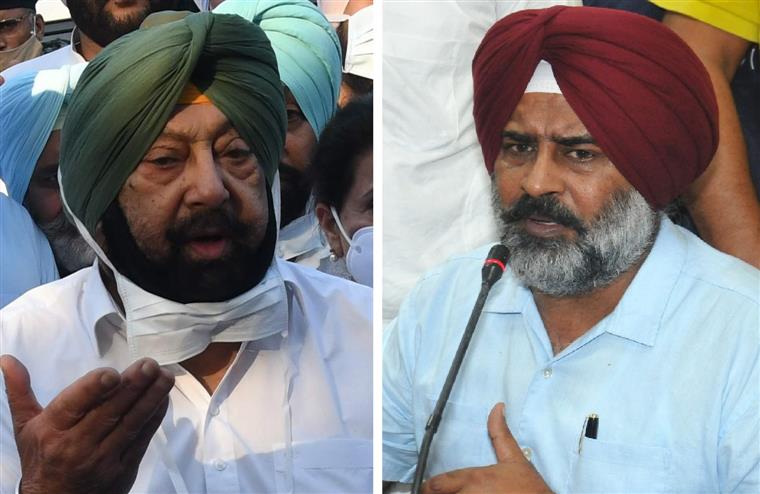 The Centre's decision to extend the BSF's jurisdiction in Punjab, among other states, has set a war of words between former Chief Minister Capt Amarinder Singh and state minister Pargat Singh.

Pargat Singh has slammed former chief minister, who voiced his support for the Centre's move on Wednesday and said that it will "only make us stronger".

“This is the height of irresponsibility from a state minister. You and @sherryontopp are clearly birds of the same feather, with nothing better to do than cook up ridiculous stories for cheap publicity,” Capt Amarinder’s media adviser Raveen Thukral tweeted on former CM’s behalf.

Dubbing Amarinder Singh's statement as unfortunate, Pargat Singh had said, "He acts like he is with the BJP."

With this order, Pargat Singh claimed, half of Punjab will come under the BSF's control.

The Centre wants to "later show Punjab as a disturbed state and push for the imposition of Governor's rule", he alleged. With agency inputs