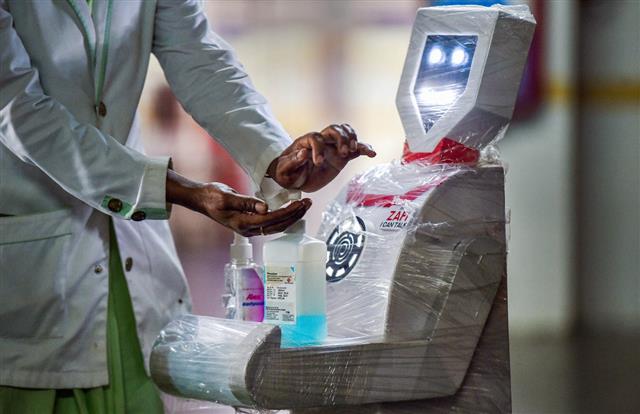 Punjab has sent 2,937 samples for testing so far, of which 2,614 came back negative. The state has 84 active cases, and was awaiting results for 214 cases. Two patients are in critical condition and on life support, the bulletin said.

All those diagnosed on Wednesday were contacts of those already diagnosed with infections.

The state has so far reported eight deaths.

Meanwhile, reports said a 55-year-old patient from Ropar's Chatamli village who was diagnosed with coronavirus died on Wednesday. However, this has yet to be confirmed.

Among the seven cases was a 45-year-old Jalandhar man who contracted the disease from his mother, who is under treatment at CMC Ludhiana.

He and his family had earlier tested negative for the contagion. After he felt unwell, he went to the Jalandhar Civil Hospital for a retest two days ago. The man's family and immediate contacts are likely to be tested again.

Three persons in Virk village of Phillaur in Jalandhar, who were contacts of Baldev Singh's family, have recovered from coronavirus.

Meanwhile, another person from Jalandhar rested positive for the virus on Wednesday evening, officials said.

He was admitted to civil hospital's emergency ward three days ago.

Not much else is know about how he contracted the infection, sources said. So far he is known to be unconnected with Nijatam Nagar or Virk village cases.

This new case is yet to be added to the state's official tally.

A 52-year-old Barnala woman admitted to Fortis hospital in Ludhiana, with the chief complaint of high-grade fever and difficulty in breathing, died on Wednesday.

Ludhiana DC has advised that the body be kept in the mortuary till her sample reports arrive in  the evening.

Meanwhile, nursing staff in Jalandhar on Wednesday protested against the lack of PPE equipment at the civil hospital in the city.