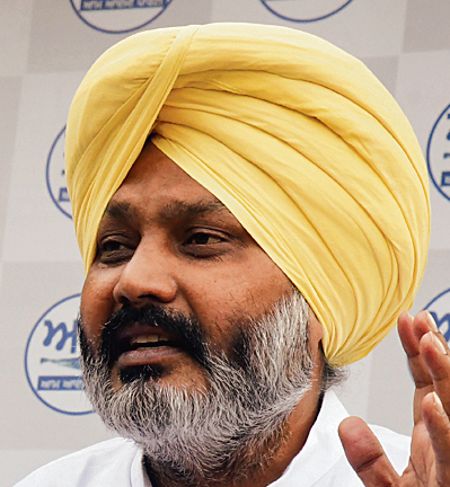 Finance Minister Harpal Cheema has said former ministers in the previous Congress government, who allegedly indulged in widespread corruption, will be jailed soon. This announcement was made by Cheema on the floor of the Vidhan Sabha, while making a speech on his Budget proposals on Wednesday.

Though the FM did not take any name, he said contracts for road construction given by the PWD and for building the bodies of buses purchased by the government at much higher rates; and officials being forced to lay interlocking tiles on village roads were under probe.

The contracts for road construction and interlocking tiles laid in villages are under probe. An ex-minister ordered the purchase of weighing machines for babies at double the market cost. —Harpal Cheema, Finance Minister

Cheema further said an ex-minister also ordered for the purchase of weighing machines for babies at double the market cost. “These weighing machines are available for Rs 4,000-Rs 4,200 per unit, but these were purchased at double price. Should we not call it corruption and probe these cases?” he said.

“The AAP government will fix the responsibility of these persons for derailing the state’s economy by looting the exchequer,” Cheema added.

Further, the FM reiterated that his government would be able to realise Rs 9,600 crore as excise duty this year, and increase revenue from the mining business.

“We are borrowing Rs 35,000 crore this year, but will repay the debt of Rs 36,000 crore. We are also looking at how an ex-MLA took liquor vends in the areas sharing borders with Haryana and Rajasthan, so that they could smuggle booze from these states at cheaper rates and sell it at high rates in Punjab,” Cheema added.

Meanwhile, Leader of Opposition Partap Singh Bajwa, who yesterday asked the MLAs on the Treasury Benches not to issue threats to them, today reiterated the same. “Go ahead and investigate irregularities, if any. But do not target politicians unnecessarily. If they did do anything wrong, they were supported by bureaucrats. Do take action against them too,” he said.