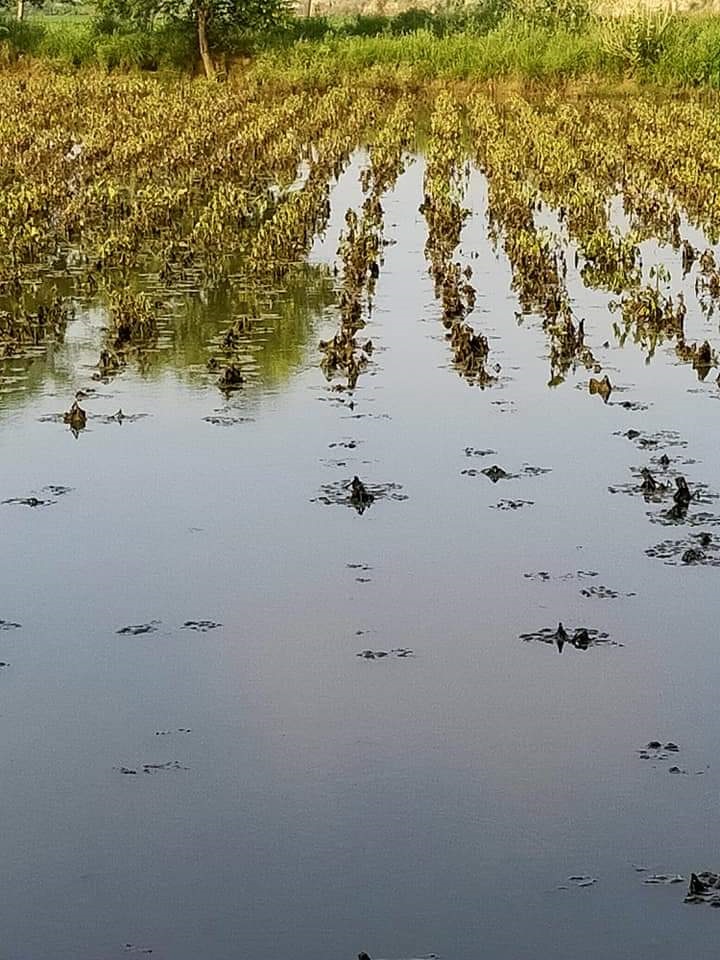 Following incessant rains in the region, cotton crop in 24 villages has been damaged as fields have become inundated. The Agriculture Department is yet to assess the loss suffered by farmers.

Meanwhile, farmers’ unions said they had begun to conduct a survey of their own to assess the damage done to the crop in all blocks.

The cotton crop was expected to give a bumper yield this season, but the unfavourable weather has the farmers worried as they fear that the yield may get affected. -- Agriculture Department Official

Irked over the losses suffered by them, farmers, under the banner of the BKU (Sidhupur) staged a protest outside the tehsildar office in Jhunir in Mansa district today. The protesters demanded compensation for the damaged crop.

The district president of the Bharatiya Kisan Union Ekta (Ugrahan), Ram Singh Bhainibagha, said the recent spell of rain had submerged the cotton crop in the low-lying areas, adding that more than 24 villages of the district had been affected due to this.

He said standing water in cotton fields was turning black and the plants had started wilting. “Besides cotton and paddy, vegetable crops have been affected in the region due to continuous rains,” he added.

Gora Singh Bhainibagha, state senior vice-president, Punjab Kisan Union, said: “After the damage done to the ripened crop, a foul smell has started coming from the fields. Farmers have been hit by a double blow this time. Earlier, the crop was damaged due to pink bollworm.”