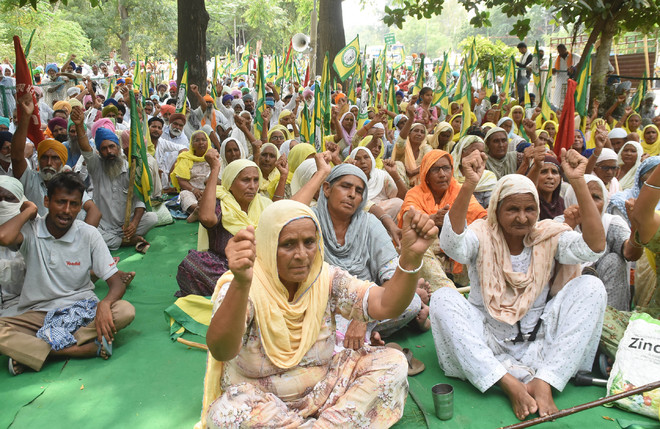 Farmers from the BKU Ekta Ugrahan faction staged a protest in front of the district administrative complex in Bathinda demanding compensation for the cotton crop damaged due to the pink bollworm attack and incessant rain recently.

Farm union leaders raised slogans against the government for the delay in paddy procurement. Apart from compensation, the protesting farmers also demanded that the state government should take strict action against those selling fake pesticides and seeds. The union members a submitted a memorandum of demands to the Chief Minister via the Deputy Commissioner, Bathinda. Later, the protesting farmers carried out a protest march in the city.

Shingara Singh Mann, district union president, said, “We demand that after conducting the girdawari, all affected farmers be provided with adequate compensation.” — TNS

Mukstar: Demanding adequate compensation for their cotton crop destroyed due to the pink bollworm attack, farmers on Friday lodged a protest outside the District Administrative Complex. TNS