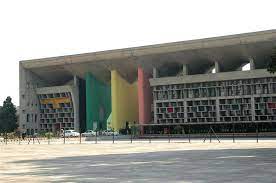 Can a person be present at two places simultaneously? The issue cropped up before the Punjab and Haryana High Court after a person accused of being involved in a shooting incident at a saloon in Jalandhar district was found admitted to a counseling and rehabilitation centre in Kapurthala by the police after looking into the allegations of false implication.

Taking up the petition filed against the state of Punjab by Tanvir Singh through counsel Harsh Chopra, Justice Harinder Singh Sidhu has now directed his release on interim anticipatory bail in the event of his arrest. The accused had moved the High Court for anticipatory bail in an FIR registered on November 25, 2020, for murder and other offences under Sections 302, 307, 148 and 149 of the IPC and provisions of the Arms Act at the Adampur police station in Jalandhar district. The complaint in the case had alleged that he, along with a friend, had gone to a saloon on November 25 last year, when the firing incident took place. The complainant had added he could identify three of the six persons, including the petitioner. While the complainant and another person were injured, his friend died.

Appearing before the Bench, Chopra contended the allegations against the petitioner were totally false. He was, in fact, admitted to the AAS Foundation for Counseling and Rehabilitation at Dayalpura in Kapurthala district from November 21, 2020, to December 9, 2020. The question of him being present at the saloon at the time of the alleged incident did not arise, Chopra contended.

An affidavit filed by Adampur Subdivision DSP Harinder Singh, during the course of hearing, confirmed the contention. Among other things, it said the investigating officer visited the foundation, checked the records and recorded the statements of the incharge and ward boy.

“It has been found that petitioner was admitted to the AAS Foundation on November 21, 2020, and remained there till December 9, 2020. The CCTV footage of the date of incident was also seen. It showed the petitioner was present on the date and time of incident at the AAS Foundation,” it added. The case will now come up for further hearing on November 18.