Number of active cases increase to 314 from 300 on Wednesday 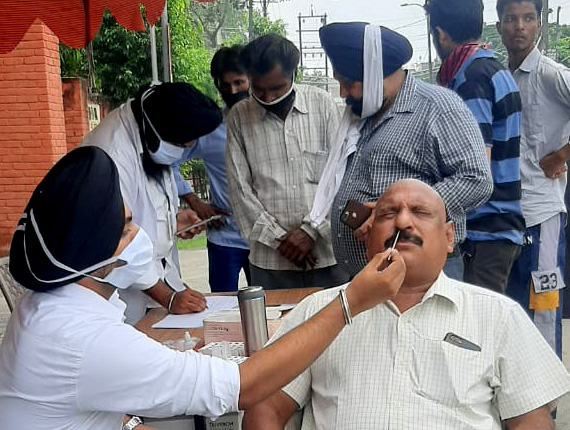 Two more Covid-related deaths were reported in Punjab on Thursday while 41 new cases of coronavirus took the infection tally to 6,03,132, according to a medical bulletin.

The death toll in the state rose to 16,591, officials said, adding that the two fatalities were reported from Ludhiana and Patiala.

Among the fresh cases, Pathankot reported 11, followed by five each in Jalandhar, Patiala and Mohali.

The number of active cases increased to 314 from 300 on Wednesday.

Twenty more people recovered from the infection, taking the number of those who have been cured to 5,86,227, as per the bulletin.

No death was reported in the city in the last 24 hours while the toll stood at 820, officials said.

The number of active cases in the city was 41 while the number of cured people was 64,569, they said. PTI