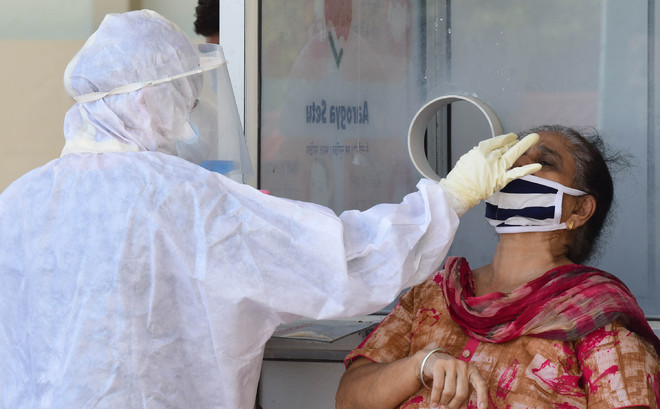 Non-adherence to social distancing norms at marriage functions and complacent attitude of the public towards Covid-19 have contributed to a sudden upsurge in the cases of infection in Punjab, said a former Director of the PGI, Dr KK Talwar, who is also the Health Adviser to the Punjab Government.

Recently, some students and teachers also tested positive for coronavirus in Shaheed Bhagat Singh Nagar, Ludhiana, and other districts. This prompted the health authorities to check for a new strain of the virus.

Dr Talwar said the Punjab Government had sent some samples for genome testing to the Institute of Genomics and Integrative Biology, Delhi, to check for the possibility of another strain of the virus. “We will check whether the new strain, if any, is more infectious to children as many students have tested positive of late in government schools. These children may not be severely symptomatic but can transmit virus to other people.”

“Crowding has started in Punjab as so many marriage functions took place this month with social distancing norms going for a toss. This may have contributed to the virus spread as well. We have increased testing in Punjab and contact tracing. We will impose some restrictions to control the spread,” he said.

Punjab is among the five states in the country to witness an upsurge in daily Covid cases over the past week, recording a 47.30 per cent jump in 24-hour infections between February 14 and 20.

Re-infection unlikely behind increase in infections, says virologist from the PGI

Ruling out the possibility of re-infection in Punjab, Dr Mini P Singh, Department of Virology, PGI, said, “It is too immature to say that the surge is caused due to a new variant of coronavirus without conducting any molecular analysis. It is unlikely that that the surge is due to re-infection because there are only a few hundred of cases till date. If re-infection was so rampant, why did it not happen in September?”

Chandigarh, too, sees surge in cases