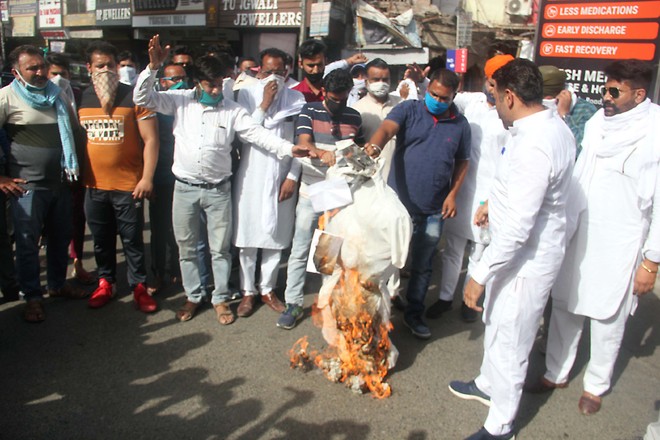 Punjab BJP secretary Sukhpal Singh Sra was arrested on Tuesday after he allegedly pelted stones at an inter-faith couple’s house in Bathinda.

A Muslim man and a Hindu girl had recently got married and were staying at a house in Jogi Nagar. Irked over the inter-faith wedding, the BJP leader and his supporters, along with the woman’s parents, termed the marriage “love jihad” and attacked the couple’s house.

In a police complaint, Raveena (21) has stated she had married Deepak Khan of Jogi Nagar of her own volition, while her parents and other members of family were against it.

Further, she stated that on Monday, when she reached her husband’s house after the marriage, accused Karamjit, Sunita Rani, Moti Ram, Rinku, Monu, Chinu, Sukhpal Singh Sra and Yadav entered their house by damaging the door and pelted them with stones.

After the registration of the case, Sra was arrested on Tuesday. Later, BJP workers and Hindu outfits protested outside the Kotwali police station. They demanded a case be registered against the groom and his family members.