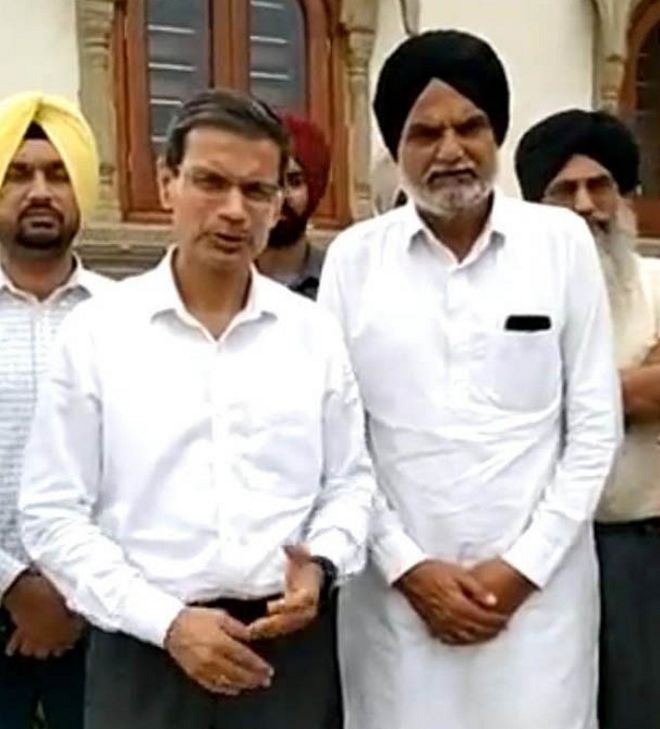 DGP Gaurav Yadav with the father of Sidhu Moosewala in Mansa on Thursday.

After consoling them, the DGP assured that the culprits won’t be spared and “strict action will be taken against them as per the law”. “The police are working tirelessly and are expected to arrest the perpetrators of the heinous crime soon. No gangster or shooter will be allowed to operate in the state,” he said.

Meanwhile, the police brought two accused in the murder case from Delhi to Mansa late this evening. Ankit Sirsa, a shooter, and Sachin Bhiwani, accused of harbouring shooters, were brought on one-day transit remand from the Patiala House courts in Delhi to the CIA police station in Mansa by the SIT, formed to probe the murder case.