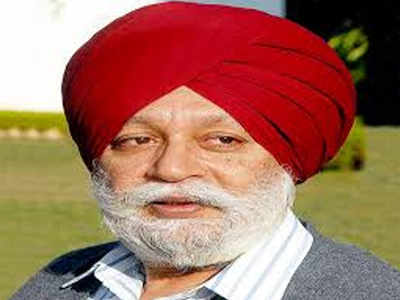 The Punjab State Vigilance Commission has initiated an inquiry into the allegations of lopsided terms of the power purchase agreements (PPAs) signed during the SAD-BJP government between 2007 and 2017.

Chief Vigilance Commissioner Justice Mehtab Singh Gill has asked the Department of Power to provide the differences in the rates of power purchase from various companies during 2007-17, especially during the peak period of paddy.

The Chief Vigilance Commissioner (CVC) has sought a “copy of the pacts signed between Punjab State Power Corporation Limited and power companies between 2007 and 2017”.

Response sought by Dec 9 on PPAs

The probe comes days after Chief Minister Charanjit Channi had announced in the Vidhan Sabha that “a vigilance probe will be conducted into the faulty Power Purchase Agreements (PPAs) between the previous SAD-BJP government and power companies.”

PPCC chief Navjot Singh Sidhu, too, has been opposing the PPAs, alleging the common man has been duped. He wanted the government to scrap the PPAs signed by the previous government. Channi had also tabled a White Paper pointing out the irregularities in the PPAs during the Assembly session in November.

The Chief Vigilance Commissioner (CVC) has asked the office of the Additional Chief Secretary (Power) to submit a reply by December 9 on “non- transparency, financial impropriety and the lopsided terms of agreement”.

The Assembly had raised some questions like why the state went in for pacts on power purchase that exceeded the state requirement.

Finance Minister Manpreet Badal had pointed out during the session that the Central Regulatory Commission had assessed Punjab’s power shortage to be 1,800 MW. The SAD-BJP government, however, sought 4,000 MW.

The commissioner has sought a “copy of the agreements signed between the PSPCL and power companies between 2007 and 2017”. The PSPCL has been asked to appoint a senior officer to assist the office of the CVC.