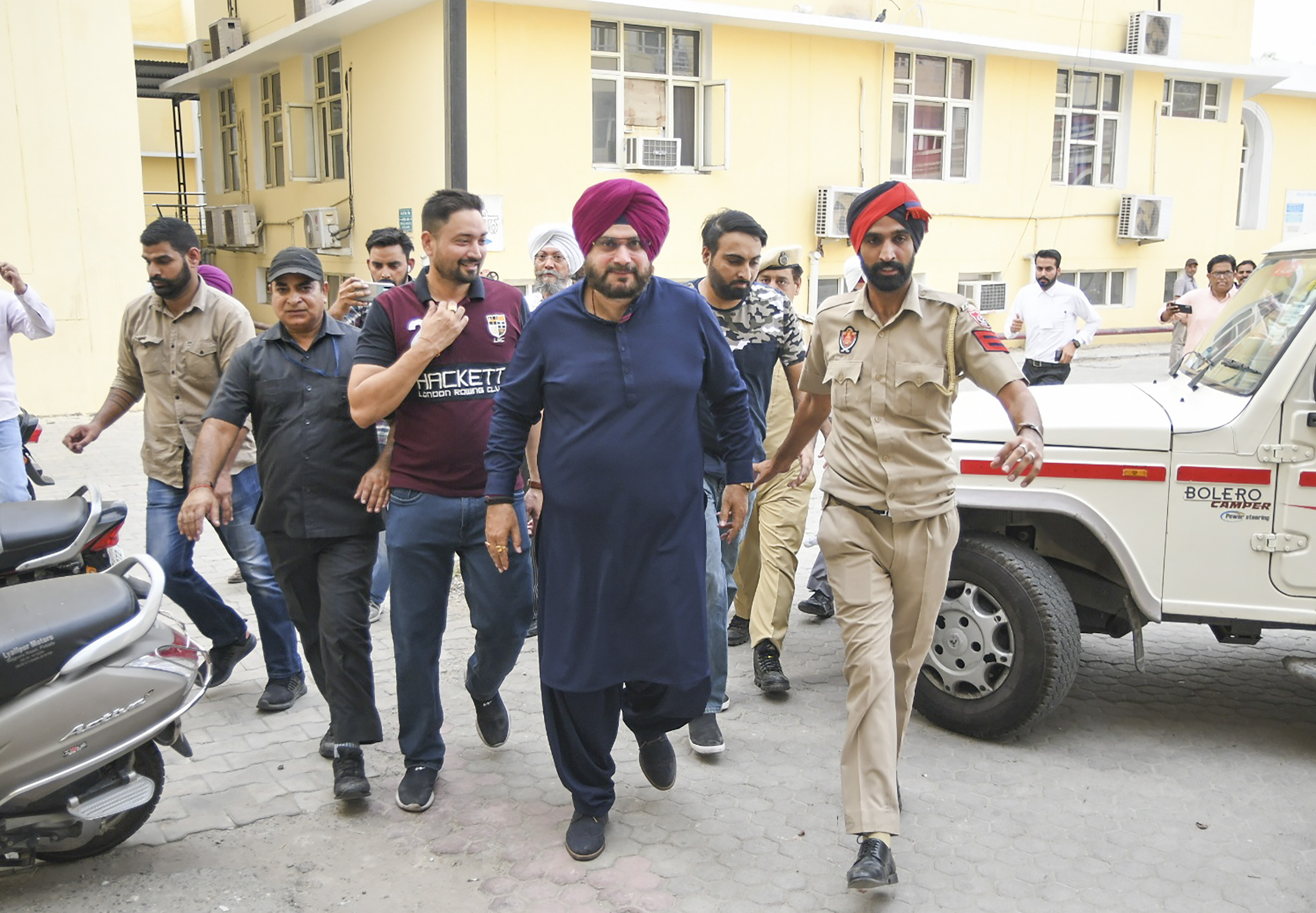 Former Punjab Congress chief Navjot Singh Sidhu is now No. 2150/576/CT and his address — Library Ward, Central Jail Patiala. Sidhu surrendered before a court here on Friday, a day after being sentenced to one-year rigorous imprisonment by the Supreme Court in a 1988 road rage case.

About the Library ward

It was a day full of suspense as Sidhu spent time at his ancestral house in Patiala while waiting for his plea to be heard before the Supreme Court. He had requested for a few more weeks to surrender on health grounds. The cricketer-turned-politician finally surrendered around 4 pm. The top court Bench of Justices AM Khanwilkar and JB Pardiwala told senior advocate AM Singhvi, appearing for Sidhu, that the judgment on one-year rigorous imprisonment was passed by a special Bench, and that he could file the application and mention it before the CJI.

Singhvi said he would try and mention the matter before the CJI. “The former PCC chief surrendered before the court of Chief Judicial Magistrate Amit Malhan,” said senior advocate HPS Verma, who accompanied Sidhu to the court. Shortly after the surrender, he was taken for the mandatory medical examination, conducted at Mata Kaushalya Hospital. After the check-up, he was lodged in the Library Ward of Patiala Central Jail.

Some party leaders, including Navtej Singh Cheema, Ashwani Sekhri, Hardyal Singh Kamboj and Surjit Singh Dhiman, accompanied him from his residence to the court. Cheema drove Sidhu to the court in an SUV.

“I feel sorry as he has already gone through a lot,” said Rupinder Sandhu, the co-accused acquitted in 2018.