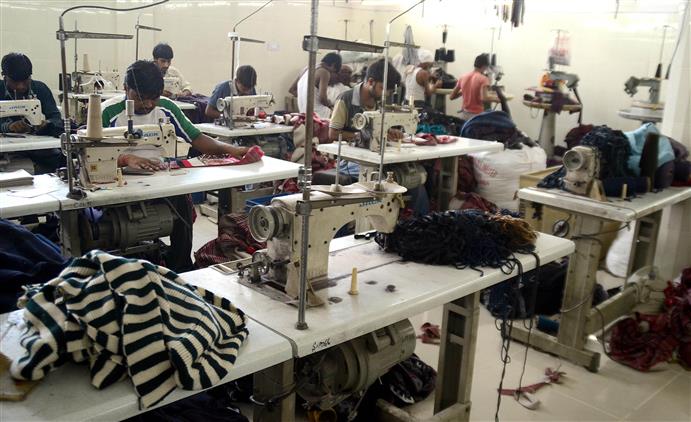 Ludhiana is known for its hosiery and woolen products worldwide. The products manufactured here are exported and sent to Uttar Pradesh (UP), Jammu and Kashmir, Rajasthan, Madhya Pradesh and Bihar among others.

Every year, the manufacturers wait for the winter season for orders, but this year, they are worried owing to “low sentiment” of buyers in addition to tough competition at the hands of the cut-and-sew industry coming up in UP and Bihar. In a cut-and sew industry, the labour gets the cloth, cuts and sews it for the market on cost-to-cost basis.

We are facing tough competition from the cut-and-sew industry in UP and Bihar. The industry gets the cloth, makes jackets, sweatshirts, etc and sells the products on minimal margins. —Darshan Dawar, Chairman, Ludhiana woolen manufacturers’ association

Darshan Dawar, chairman, Ludhiana Woolen Manufacturers’ Association, said the season had never been so bad for the woolen industry as it was this year.

“We are facing tough competition at the hands of the cut-and-sew industry in UP and Bihar. The labour engaged in the industry are Muslim families, with 8-10 persons in each family. They get the cloth, makes jackets, sweatshirts, etc and sells the products on minimal margins. Even though the margins are not high, they are able to sustain as they produce huge volumes,” Dawar said.

Sudershan Jain, managing director, Oner, a clothing brand, said the season was low by about 20 per cent due to low sentiments of buyers after Covid. “The productions and sales are low till now, but the manufacturers are hopeful that by January and February, the sales will pick up owing to the wedding season and peak winters,” he said.

One of the manufacturers said their production was about 6 lakh pieces per month, which had come down to 3.5 lakh per month. “Everything is on hold. There are many reasons for this slowdown, including overall market recession, competition with the China and Bangladesh markets, delayed winter season, etc,” he said.