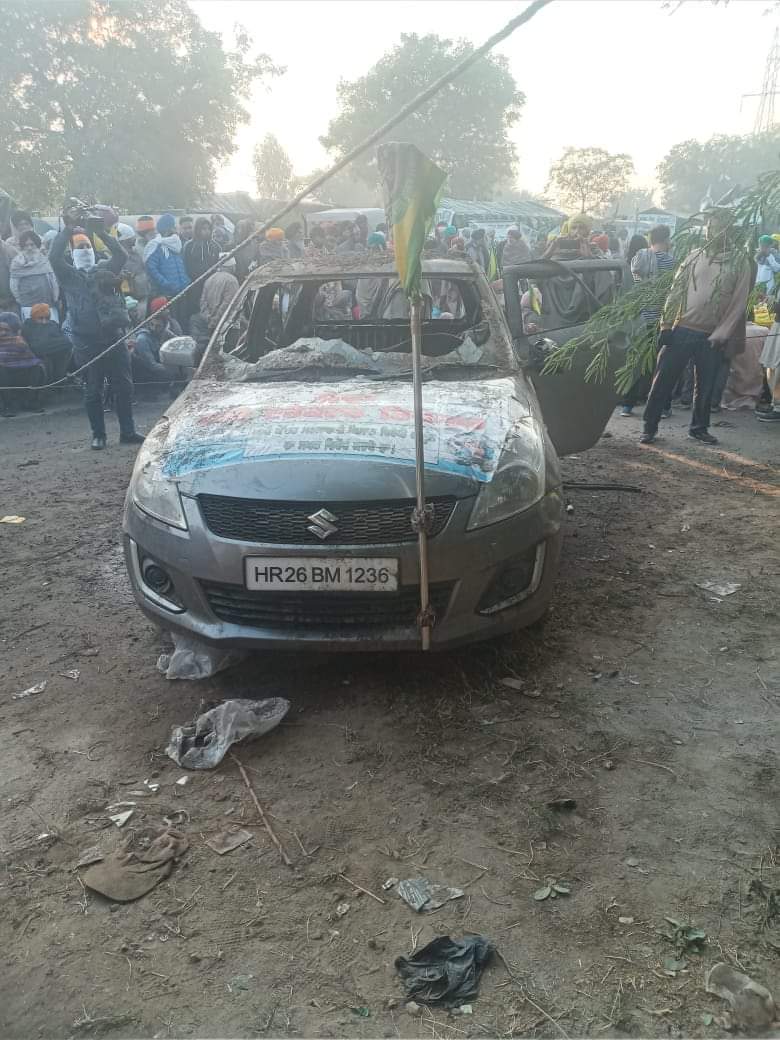 A BKU (Ugrahan) activist, who was participating in the 'Delhi Chalo' march, was burnt alive as the car in which he was sleeping caught fire on Saturday night at Tikri near the Bahadurgarh- Delhi border.

The deceased, Janak Raj, was from Dhanaula.

Raj's family has been in shock since they received information.

"Though our family has no land, since the start of agitation, my father has been helping farmers. Earlier he performed sewa at the toll plaza. Two days back he left for New Delhi to repair the vehicles of farmers free," Sahil Garg told The Tribune.

Sahil has done B.Ed and earns a livelihood by tuition work while his father ran a cycle repair shop in Dhanaula city.

"He had closed his shop many days back as he wanted to help farmers. He left for New Delhi with a tractor mechanic to assist him in repairing machinery like tractors, cars and others," said Sahil.

Inder Sain, brother of deceased, said that Raj had sacrificed his life to save farmers of the state.

BKU president Joginder Singh Ugrahan has demanded a probe into the incident.

Thousands of farmers have reached the national capital on their tractor-trolleys and other vehicles, responding to the Delhi Chalo call against the agri-marketing laws enacted at the Centre in September.