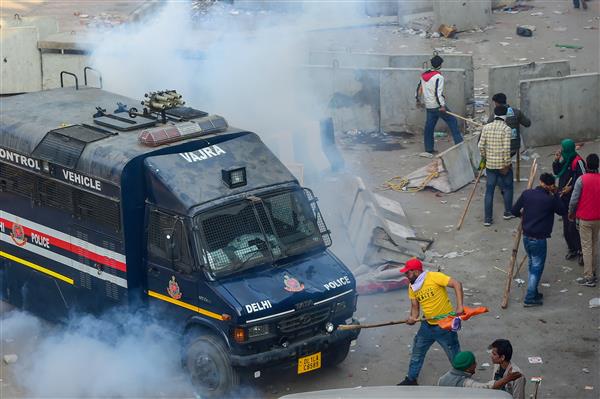 The Ministry of Home Affairs (MHA) has asked Delhi Police to issue lookout notices against the farmer leaders who have been named in the multiple FIRs the police have registered in connection with the violence during tractor rally on January 26.

A decision in this regard was taken after a high-level meeting in the MHA, where it was decided to direct Delhi Police to ask the accused farmer leaders to submit their passports, sources said.

Showcause notices have also been served on the farmer leaders in which they have been asked to explain as to why action should not be taken against them when they have breached the agreement with Delhi Police for granting permission to hold the rally, sources said, adding that they had been told to respond within three days.

Sources said the police had been asked to serve notices on all 37 farmer leaders, including Yogendra Yadav, Baldev Singh Sirsa, Darshan Pal, Rakesh Tikait, Medha Patkar and others, who had been named in the FIRs.

Meanwhile, names of Punjabi actor-singer Deep Sidhu and gangster-turned-social activist Lakha Sidhana have been added to the FIR, which was registered in connection with the violence that took place at Red Fort, police said.

In this case, the police have registered a case at Kotwali police station of North district under various sections of the IPC, including the Prevention of Damage to Public Property Act and others, they said, adding that even the Ancient Monuments and Archaeological Sites and Remains Act and the Arms Act had been invoked.

Terming the issuance of lookout notices against farmer leaders as “absolutely wrong”, Punjab Chief Minister Capt Amarinder Singh on Thursday said treating the farmers as a flight risk was not only illogical but condemnable.

“Where will they flee?” asked the chief minister, pointing out that most of them were small farmers with small land holdings and not big corporate raiders like Vijay Mallya, Nirav Modi, Lalit Modi and Mehul Coksi, who had fled over the past few years after looting the country of billions of rupees.

“You failed to stop these bigwigs but are now targetting these small farmers fighting for their survival,” said Capt Amarinder, urging the Centre to immediately direct the Delhi Police to withdraw the lookout notices.