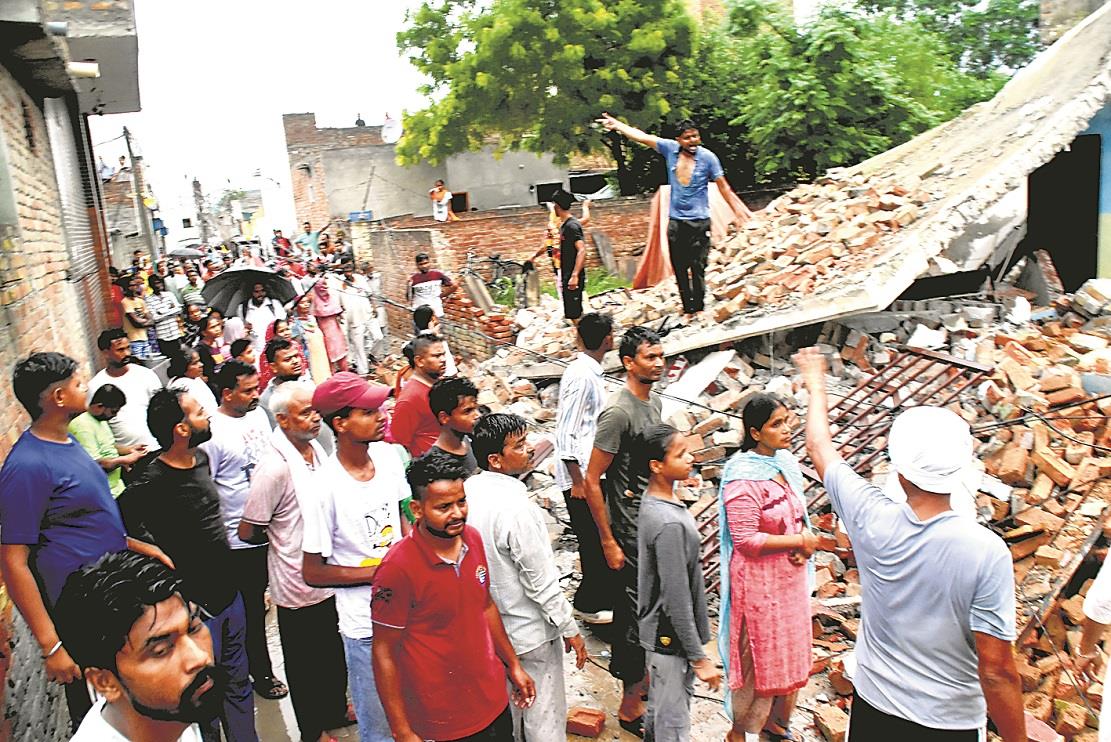 Residents hold a protest against the demolition drive in the Dhobiana Basti area of Bathinda on Friday. Pawan Sharma

Toughening its stance over alleged encroachments alongside the Ring Road area, officials of the Bathinda Development Authority (BDA) accompanied by heavy police force conducted a demolition drive at 5 am on Friday. Many houses were razed in the Dhobhiana Basti area amid heavy rain during the drive. Families living in these houses were seen crying.

Residents of the area alleged that the administration and the police harassed them and threw their stuff in the open while it rained.

One of the residents even poured kerosene on himself. He threatened to set himself ablaze to express his resentment against the demolition drive. Later, farmers from the BKU Ekta Ugrahan faction and Khet Mazdoor Union, along with residents of the area, staged a protest against the district administration.

Shingara Singh Mann, district president, BKU Ekta Ugrahan said, “These are poor people, who have been living here for more than 30 to 40 years.”

ADC (D) Rupinderpal Singh said, “We had been talking to these people for past over four months, but they were not ready to vacate the encroached land. Many families had agreed and shifted to houses allotted by the administration. So, we had to finally conduct the demolition drive to remove encroachments.”