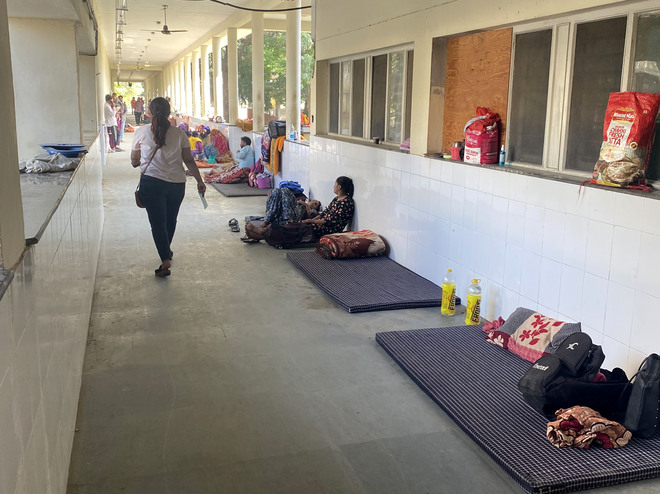 The paediatric emergency ward of Government Rajindra Hospital is swamped with dengue patients, so much so that ailing children are forced to share beds. Attendants of these children have occupied the corridors of the hospital.

Around 60 confirmed cases of dengue and over 100 suspected ones have been admitted in the ward in the last one week. The hospital authorities informed that a couple of kids had even succumbed to dengue.

The rush of children having dengue fever is overwhelming. We are running short of beds. The situation is critical. — Senior doctor, Rajindra hospital

A Patiala resident, who was waiting outside the ward, said, “There is no space to sit or stand inside the ward. The government should do something to accommodate patients.”

An health department official said, “We are not maintaining any age-wise record of dengue patients. However, it is very likely that the admission of children suffering from dengue in hospitals is higher than adults."

Dr HS Rekhi, MS, Government Rajindra Hospital said, “I have not been informed by the paediatric department regarding the situation of rising dengue cases. We will arrange new beds for children. We have successfully managed the Covid pandemic, we will manage the dengue too.”