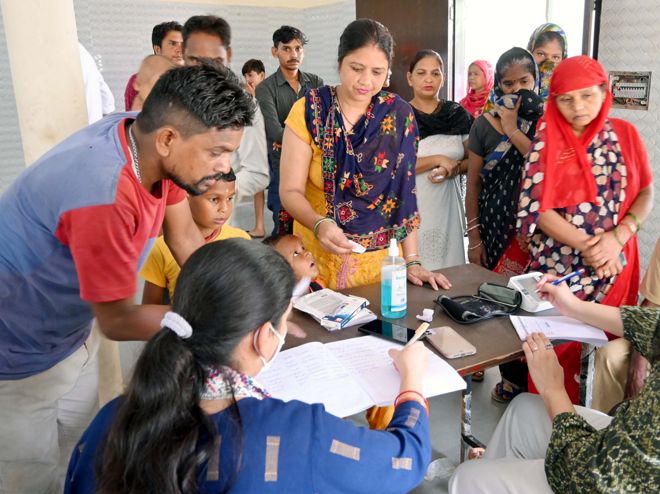 Both preventable and treatable, diarrhoea has already claimed four innocent lives in the last two months in the district.

All four children died of diarrhoea and were aged below five years. Of four, two children died in Rajpura in June, this year. The two recent causalities were reported from New Mohindra Colony here on Friday.

The simple and inexpensive intervention to prevent and treat diarrhoea, said experts, could save the lives of children. They suggested that safe water and improved hygiene and sanitation could stave off the diarrhoea-related deaths among children.

Dr Sumeet Singh, District Epidemiologist, said the diarrhoea outbreak at both places — Rajpura and New Mohindra Colony — was due to contamination of drinking water.

Area residents resented that the government was out to spend money on “Azadi Ka Amrit Mahotsav” to celebrate 75 years of Independence when children were dying of diarrhoea.

“If the government cannot, at the minimum, provide potable water to its citizens, what else can we expect from it?” they asked.

He said the MC had started a drive against illegal water connections and impounded many hydraulic-ram water pumps since the outbreak at Jhill village last month. He said: “Our teams are working round the clock to find and rectify any leakage in the pipeline.”

The Health Department said 18 fresh cases of diarrhoea were reported from New Mohindra Colony on Sunday. With this, the total count of diarrhoea patients in the area has risen to 94 since the outbreak (on Friday).