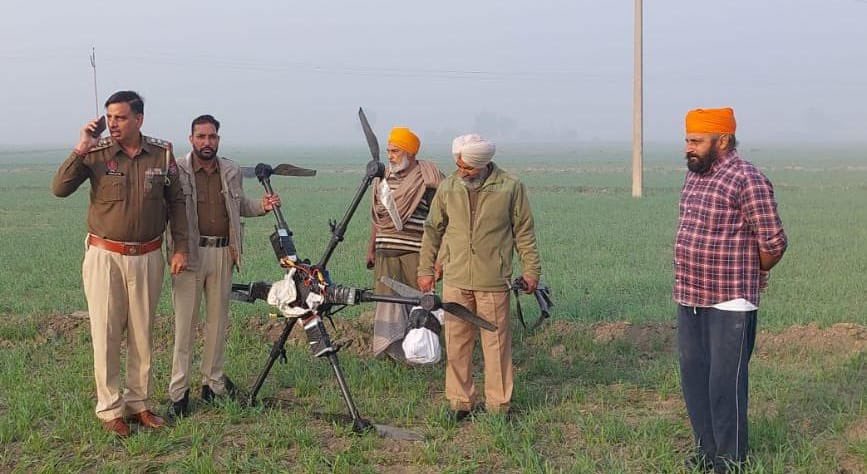 A hexacopter drone with packets containing heroin seized from fields near the Indo-Pak border. Credit: @DGPPunjabPolice/Twitter

A drone was found from a field near the India-Pakistan border in Punjab's Tarn Taran district along with 5 kg of heroin, police said on Friday.

The hexacopter, an unmanned aerial vehicle with six rotors, was recovered in a joint operation by the Punjab Police and the Border Security Force.

.@TarnTaranPolice in a joint search operation with @BSF_India have recovered a Hexacopter drone equipped with modern technology & packets containing #Heroin weighing 5Kgs from fields near the Indo-Pak border. (1/2) pic.twitter.com/wgCkFEHfSm

On November 28, two Pakistani drones were gunned down by the BSF along the India-Pakistan border in Amritsar and Tarn Taran districts.

The two hexacopters were carrying around 10 kg of heroin which were recovered by the BSF troops.