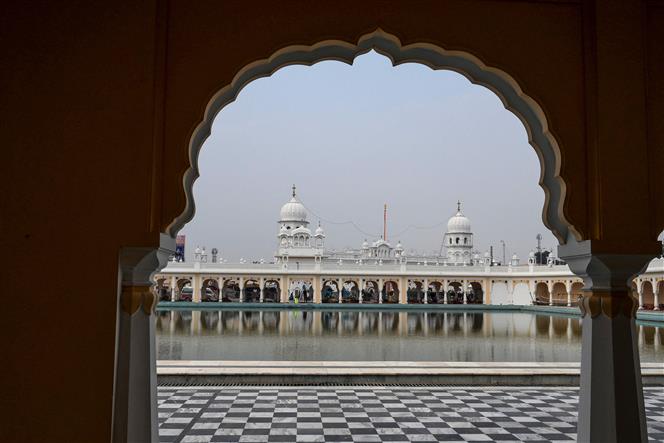 India on Friday strongly condemned vandalism at the revered Gurdwara Nankana Sahib in Pakistan and called upon the neighbouring country to take strong action against the miscreants who indulged in its desecration as well as attacked members of the minority Sikh community.

Noting that members of the Sikh community were subjected to acts of violence in Nankana Sahib, the Ministry of External Affairs said this was a fall-out of the forcible abduction and conversion of Jagjit Kaur, a Sikh girl, who was kidnapped from her home in Nankana Sahib in August last year.

The MEA called upon the Government of Pakistan to take immediate steps to ensure the safety, security, and welfare of the members of the Sikh community. In addition, the government must take all measures to protect and preserve the sanctity of Nankana Sahib Gurdwara and its surroundings.

Appeal to @ImranKhanPTI to immediately intervene to ensure that the devotees stranded in Gurdwara Nankana Sahib are rescued and the historic Gurdwara is saved from the angry mob surrounding it.https://t.co/Cpmfn1T8ss

Punjab Chief Minister Amarinder Singh, meanwhile, appealed to Pakistan premier Imran Khan to ensure that the devotees stranded at Nankana Sahib are rescued from the mob.

“Appeal to @ImranKhanPTI to immediately intervene that the devotees stranded in Gurdwara Nankana Sahib are rescued and the historic gurdwara is saved from the angry mob surrounding it,” the CM tweeted.

In a statement issued on Friday evening, Sirsa said a mob led by Mohammad Hassan, a person who has been accused of allegedly “abducting” a Sikh woman, Jagjit Kaur, the daughter of a Granthi at Nankana Sahib, tried to break down the gurdwara gate.

He also claimed Hassan had addressed a gathering before the attack, saying they would not allow Sikhs to reside at Nankana Sahib—a shrine that Sikhs consider holy because it is the birthplace of their first guru, Guru Nanak—and even threatened to rename the holy city as Ghulam Ali Mustafa.

Sirsa asked the Pakistan Prime Minister to take firm action in the case, and also said that he would take up the issue at the United Nations.

Sirsa also urged Prime Minister Narendra Modi to take strong note of the incident, a video of which has since been viral.

The DSGMC and Shiromani Akali Dal announced later on Friday that they would hold peaceful protests outside Pakistan’s Embassy on Saturday.