For past over a year, the kin of the deceased had been holding agitation seeking government jobs as promised by the state government 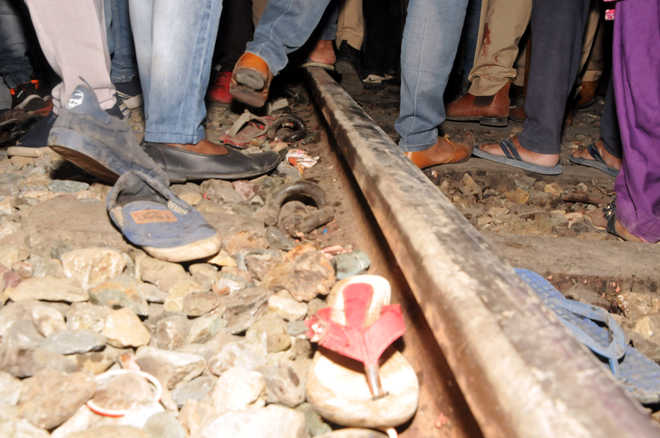 Two years and nine months after the Dussehra train tragedy in Amritsar that claimed over 50 lives near Jaura Phatak railway crossing, the Punjab government has finally given jobs to 34 kin of the deceased.

An order was issued by Chief Secretary, Personnel, on Sunday which has been forwarded to Deputy Commissioner, Amritsar, Gurpreet Singh Khaira and other authorities for further action and completing the formalities like police verification, medical and educational qualification.

For past over a year, the kin of the deceased had been holding agitation seeking government jobs as promised by the state government at the time of the tragedy that had left many families devastated who lost their bread earners in the incident.

According to officials, the Punjab government approved provided jobs to undisputed cases while several cases were still pending with the government owing to some disputes. The Punjab cabinet had decided to provide government jobs to the victim’s families during a cabinet meeting in March this year. A ray of hope emerged among the victims’ families following the government’s approval.

The victims had been agitating against the state government for non-fulfilment of its promise. Recently, they had shot a letter to the CM seeking jobs. They had alleged that even after over two months, they have received no communication from the government, while the district administration also failed to give any information regarding this.

Earlier, the Centre and the state had given an ex-gratia of Rs 2 lakh and Rs 5 lakh, respectively, but the affected family members alleged that the amount could hardly secure their future.