'Eatery for vultures' takes flight on back of Rs 7 lakh grant : The Tribune India 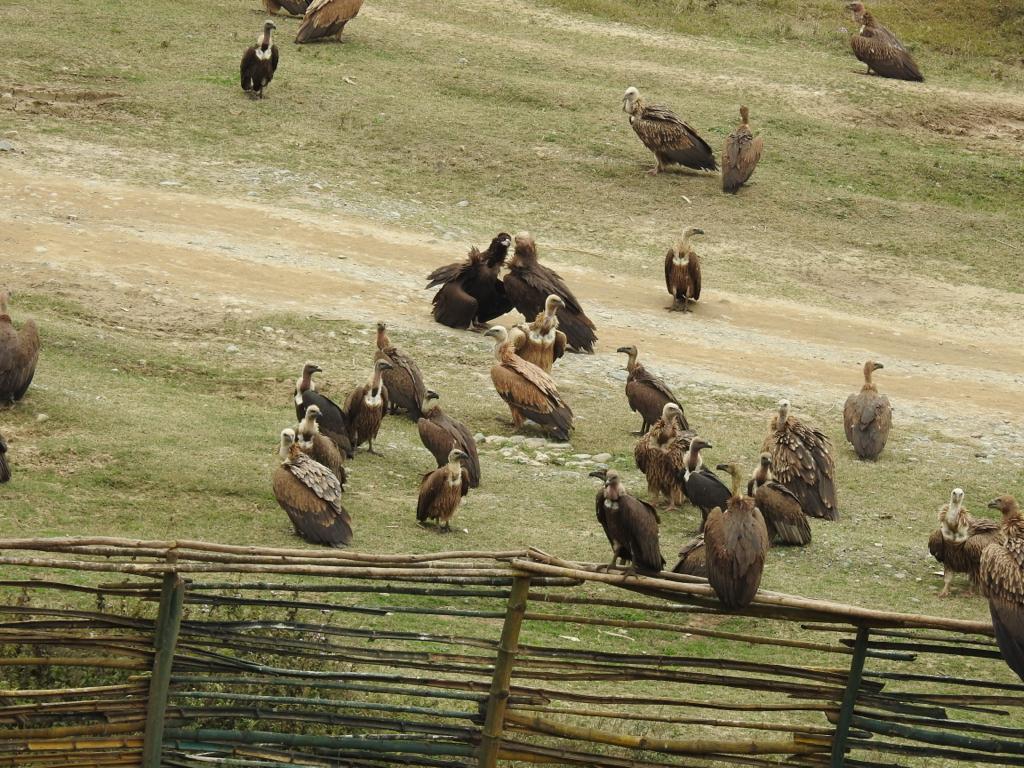 Vultures flock to a 'restaurant' at Chandola in Pathankot district.

Perched in the sub-mountainous area of Dhar, 30 km from the noisy crowd of Pathankot, in the serenity of hamlet Chandola is located a different kind of eatery. Visitors are not allowed here. Only vultures are welcome.

In 2010, when the bird was on the verge of extinction, a similar exercise was initiated. However, the drying up of funds from the Ministry of Environment meant the venture could not be sustained.

A good 12 years later, Divisional Forest Officer (DFO), Wildlife, Rajesh Mahajan, approached DC Sanyam Aggarwal for a grant to establish the “restaurant”. The officer, who has an avid interest in the flora and fauna, forwarded a grant of Rs 7 lakh. At that time, the amount looked to be a meagre one, but its significance is being recognised now.

A plan was put in place to ensure vultures, natural scavengers, come back in the area. And Chandola became the epicentre of this mission. Now, with the requisite infrastructure, nearly 400 vultures come to their “kitchen” for feeding daily.

Wildlife officials make sure that the carcasses fed to the birds are free from the veterinary drug diclofenac. This medicine, normally given to ease pain in cattle, is toxic to the birds and causes kidney failure.

DFO Mahajan says now a carcass has to be certified by a veterinary doctor before it is fed to the vultures.

“The birds are now back on the ecological map. They come, feast and then come again. They locate carrion by its decaying odour and circle above it before preying. Vulture populations in this area have definitely halted their precipitous decline,” he said.

Interestingly, the birds breed in the neighbouring region of Himachal Pradesh. “They like the serenity of the area. The branched tall trees of ‘Char Pine’ are a favourite. That is why we need to protect such trees,” said Sukhdeep Singh Bajwa, honorary wildlife warden, Gurdaspur.

The cause is noble. However, only time will tell whether officials manage to keep the vultures flying or not.