Voters per station reduced from 1.4K to 1.2K due to Covid 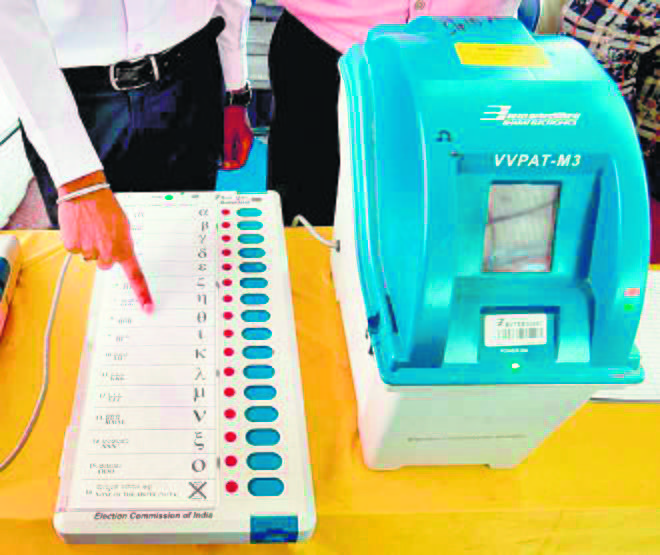 Amid farmers’ resistance to the Assembly elections and Covid situation, the Election Commission (EC) has sounded the poll bugle in Punjab.

Amid farmers’ resistance to the Assembly elections and Covid situation, the Election Commission (EC) has sounded the poll bugle in Punjab. The EC would set up 24,689 polling booths, up from the existing 23,211, for the upcoming Assembly elections.

Warehouses set up across the state with multi-tier security, including installation of CCTV cameras.

The Chief Electoral Officer said the EVMs were being transported by adopting the standard operating procedure set by the Election Commission of India. He said district-wise nodal officers were picking up these machines from Madhya Pradesh in GPS-fitted special transport containers under tight security after proper scanning.

Taking note of the pandemic, the number of voters per booth has been reduced from 1,400 to 1,200. 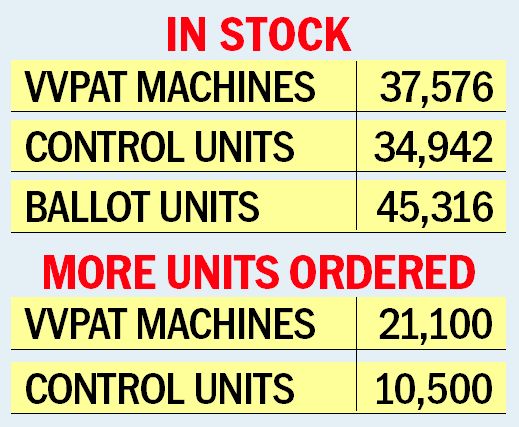 Apart from that, the EC is going to make elaborate safety arrangements, including providing PPE kits to poll staff and masks to voters.

During a press conference, Punjab’s Chief Electoral Officer S Karuna Raju said the state had a stock of 37,576 voter verifiable paper audit trail (VVPAT) machines, 34,942 control units and 45,316 ballot units. The Chief Electoral Officer said the ECI had given its concurrence to arrange additional EVMs required for the Assembly polls in Punjab. He said 10,500 control units and 21,100 VVPAT were being transported from Madhya Pradesh to Punjab.

Raju said with the addition of these machines, the state would have 45,316 ballot units, 34,942 control units and 37,576 VVPAT machines. The Chief Electoral Officer said the EVMs were being transported by adopting the standard operating procedure (SOPs) set by the ECI. He said district-wise nodal officers were picking up these machines from MP in GPS-fitted transport containers under tight security.

The EVM-VVPAT machines had safely reached headquarters of 10 districts — Pathankot, Gurdaspur, Tarn Taran, Kapurthala, Jalandhar, Ludhiana, Ferozepur, Muktsar, Mansa and Amritsar, he said, adding that in the rest of the districts, the machines would reach within two days.

He said the first level checking of the machines would be undertaken in the presence of representatives of national and state political parties.