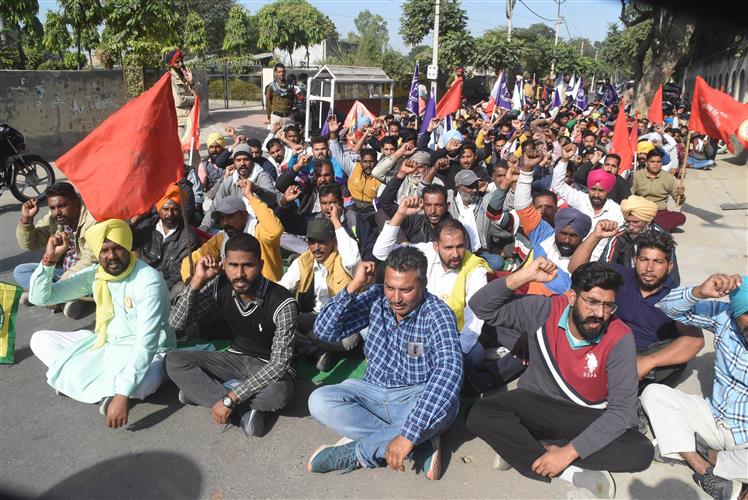 Under the banner of Contract Employees’ Sangrash Morcha, outsourced contract employees today staged a dharna outside the house of AAP MLA from Bathinda (Urban) Jagroop Singh Gill here. During the protest, employees burnt the effigy of CM Bhagwant Mann.

Union leaders Gurvinder Singh Panni, Rajesh Kumar, Sandeep Khan and Jasveer Singh said in the past eight months, they had submitted 20 memorandums to the state government regarding their demands.

On the other hand, instead of regularising the outsourced employees, the process of retrenchment had started, they said. Computer operators had already been retrenched in the electricity board.

They demanded that already working outsourced and enlistment employees should be regularised.