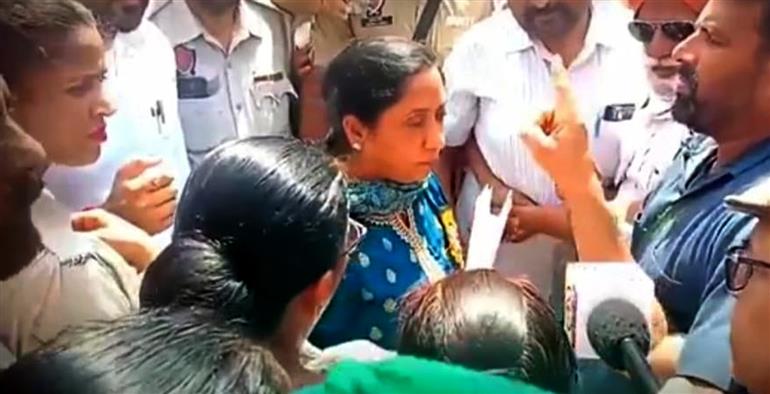 Demanding restoration of the old pension scheme, a large number of pensioners and government employees, under the banner of the Punjab-UT Employees and Pensioners Joint Front, today gheraoed Cabinet minister Baljit Kaur outside the Edwardganj Guest House at Malout.

The protesters from Muktsar, Bathinda, Faridkot, Fazilka and Moga districts first took out a protest march in the town. Later, they gheraoed the Cabinet minister who was sitting in a vehicle. The protesters also raised slogans against the state government and handed over a memorandum to the minister.

The protesters said the Aam Aadmi Party had before the elections made several announcements regarding the pensioners, but it didn't fulfil these. They urged the minister to fix their meeting with the Chief Minister or otherwise they would strengthen their agitation.

Notably, the minister had come to the guest house to participate in an eye check-up camp. When the protesters gheraoed her vehicle, she alighted from it and met them. She also assured the protesters that their meeting would be fixed with the CM in near future.