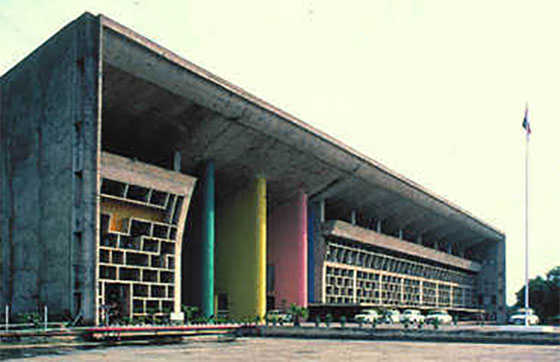 Making it clear that non-compliance of judicial directions in an encroachment case was unacceptable, the Punjab and Haryana High Court has told the Patiala Deputy Commissioner and Senior Superintendent of Police to either act in accordance with its orders or explain why contempt proceedings should not be initiated against them.

The direction by the Bench of Justice Augustine George Masih and Justice Sandeep Moudgil came after counsel for the State of Punjab prayed for an adjournment on the ground that the previous order passed by the court on May 10 was yet to be complied with.

Among other things, the Bench had on that date directed the DC to ensure the removal of the encroachment at the earliest. The case pertains to alleged encroachment sought to be made upon a sports stadium built by the Neelpur gram panchayat on 20 acres of shamlat land.

The Bench was hearing a petition filed by Gurdip Singh and another petitioner against the State of Punjab and other respondents contending that the sports stadium was sought to be encroached upon. “It has been asserted that a Nishan Sahib has been installed there and with the erection of the Nishan Sahib, a gurdwara sahib is being sought to be shaped therein so that the stadium can’t only be encroached upon, but can never be thereafter recovered,” the Bench was told.

Placing before the Bench some photographs to substantiate their contentions, the petitioners added the stadium was built from the grant received from the Punjab Government, apart from local resources. But no one was being now allowed to enter the stadium or use it. The gate, too, had also been blocked.

The Bench had on a previous date of hearing directed immediate action for removal of the encroachment, “if the facts stated by the petitioners in the writ petition were found to be correct”.