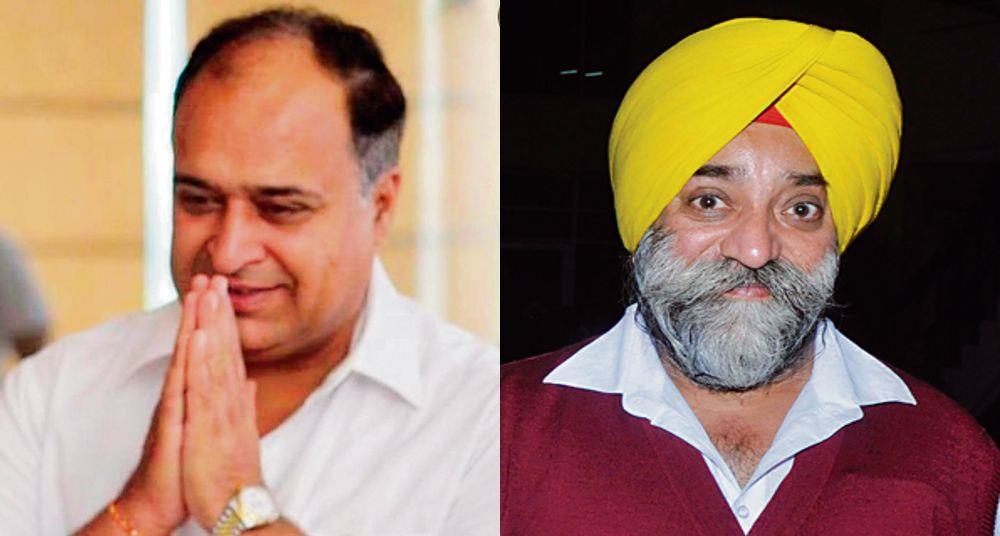 Sanjeev Sharma (Left) has been 'replaced' with Yoginder Yogi as officiating Mayor.

In the first political battle in the Congress fiefdom of Patiala, the Capt Amarinder Singh faction got a taste of bitter pill just before polls as the government managed to get rid of the incumbent Mayor Sanjeev Sharma Bittu by terming him “suspended”.

Though the Amarinder faction claimed that technically it defeated the no-confidence motion, Local Bodies Minister Brahm Mohindra, who was once close to Capt Amarinder Singh, led the rebel councilliors backed by the government.

Chaudhary lashes out at former CM

While the Amarinder faction might have lost in the numbers game within the corporation, the Mayor managed to get 25 votes despite pressure from the government. This showed that the former CM still wields clout in the district.

To avoid any poaching, nearly 20-odd councillors were at the house of Captain’s wife and Patiala Congress MP Preneet Kaur for the past few days. The Amarinder faction alleged that the government used the police and various pressure tactics to remove the Mayor.

A political observer claimed the developments in Patiala today show that the upcoming Vidhan Sabha elections would see a tough battle not only between the Congress and other political outfits, but also within the divided party. “The power game in Patiala and how the government used all tactics to ensure a win show that the poll battle is all charged up,” he said. The developments came a day after MP Preneet Kaur was issued a show-cause notice by the Punjab Congress for “anti-party activities”. — TNS