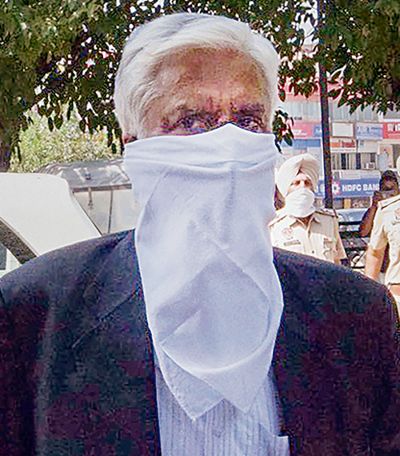 The SIT probing the Behbal Kalan police firing incident on Monday nominated then Punjab DGP Sumedh Singh Saini and IGP Paramraj Singh Umranangal as accused in the case. The SIT claimed that on the basis of documentary evidence and witnesses’ account, both Saini and Umranangal had been prima facie found guilty.

Former SSP Charanjit Singh Sharma, two SP-rank officers and many other police officials have already been named as accused in the case. A week after the killing of two Sikh protesters in police firing at Behbal Kalan on October 14, 2015, an FIR was registered under Section 302, 307, 34 of the IPC and 25, 27, 54, 59 of the Arms Act at Bajakhana police station in Faridkot.

Earlier last week, the District and Sessions Court in Faridkot granted permission to the SIT to make prime accused Inspector Pardeep Singh, then reader of former SSP Sharma, an approver in the case. Pardeep had told the court that Saini and Umranangal had issued instructions to the former SSP to act tough against protesters and get the dharna site cleared at any cost. — TNS