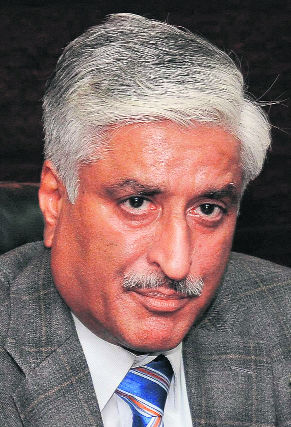 More than 60 persons from the CRPF, Punjab Police and Chanidgarh Police continue to be posted for the security of former DGP Sumedh Singh Saini, who is reportedly on the run fearing arrest in the 1991 Multani murder case.

Though Saini’s wife has, in a communication to DGP Dinkar Gupta, complained that the security personnel had been withdrawn, a police spokesperson said not a single guard from the police or paramilitary force had been withdrawn.

Police sources said the Z+ security besides a cook and a gardener given to Saini and his family was reviewed last week and a month ago. “The Punjab Police, Intelligence Bureau and the Chandigarh Police reviewed his security at the highest level and no decision to prune it was taken,” said a senior official.

The security guards are stationed at Saini’s house in Sector 20 here along with a bullet-proof car, a Jeep equipped with jammers and an escort car. The whereabouts of Siani and his family were not unknown as they have reportedly gone underground after a Mohali court rejected his plea for an anticipatory bail in the Multani murder case.

Raveen Thukral, media adviser to the Chief Minister, in a statement said Saini had gone underground.

The letter written to the DGP by Saini’s wife, who also seemed to have disappeared from the residence, appeared to be an attempt to strengthen his claim for grant of anticipatory bail in the murder case, the spokesperson said.