Farm fires rage in Punjab but no FIR yet 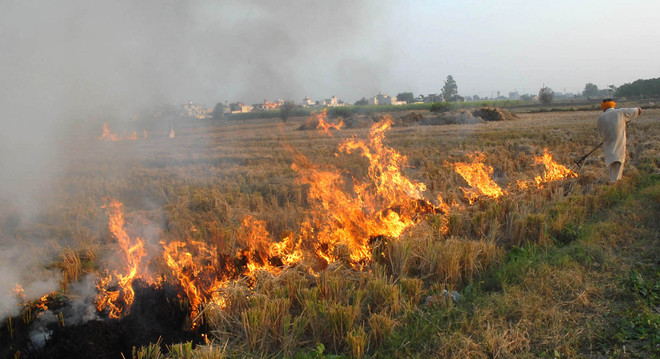 Amid political slugfest ahead of the upcoming Vidhan Sabha polls, farmers, backed by several unions, are resorting to stubble burning more actively than last year. The state has witnessed over 55,000 farm fires to date with over 30 per cent fields in Malwa belt yet to be cleared for wheat sowing.

Against the Rs 65 lakh environmental compensation imposed on erring farmers, merely Rs 80,000 has been collected with 90 per cent of that amount collected in SBS Nagar, while other districts have turned a blind eye to the issue. In Fatehgarh Sahib and Patiala, many highways were choked due to burning crops and industrial pollution adding to the smog.

Interestingly, the police have also not taken farm fires seriously and not even a single FIR has been registered against defaulters. With the Assembly elections just three months away, Punjab has decided to go soft on paddy straw burning.

Every season, district magistrates order banning paddy stubble under Section 144 of the CrPC and the violator is liable to face action under Section 188 (disobedience to order duly promulgated) of the IPC. In addition, the government can impose Rs 1,500 per acre as environmental compensation.

Insiders, however, say that it is not that easy to fine farmers and take legal action against them as farmer unions are already threatening to launch agitation if fined. “Just by appointing administrative secretaries to check stubble burning in districts, the government can only request farmers as any action against them will be futile as they (erring farmers) neither pay fine nor can be arrested,” they said. 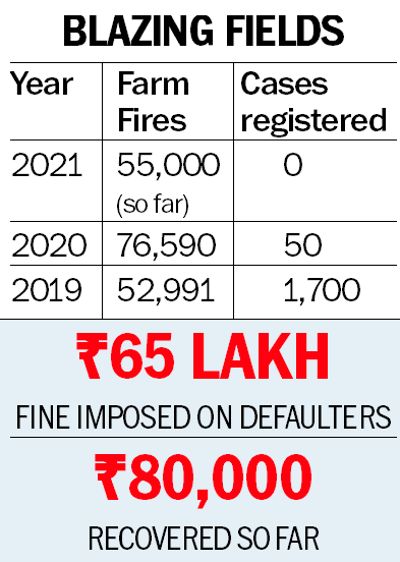 With polls round the corner, politicians across party lines are already opposed to the drive to challan farmers who burnt stubble.

“We are not against a ban on stubble burning, but farmers should be compensated for the additional Rs 4,000 to Rs 5,000 per acre cost,” said Satnam S Behru, chief of the Consortium of Indian Farmers Association. “Farmers are already burdened and the authorities must show them a financially viable way to stop stubble burning,” he said.

“We are keeping a tab and monitoring the situation,” said PPCB Member Secretary Karunesh Garg.

Younger crop of players didn't measure up against the Japane...