Parl march may be called off, decision on Nov 27 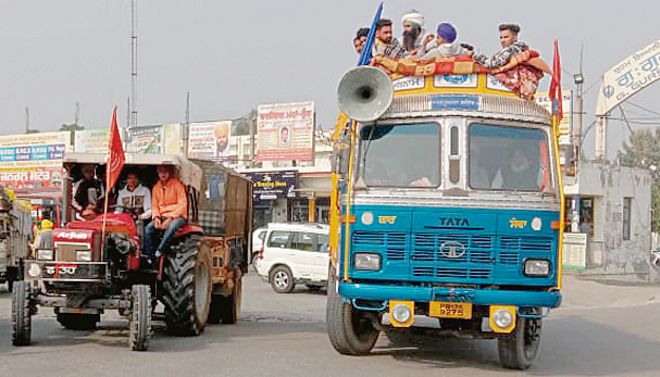 Even as hundreds of farmers from across Punjab continue to gather at the Tikri and Singhu borders to mark the first anniversary of the agitation, there is a growing consensus within the 32 Punjab-based farmer unions that the agitation in its present form — at the Delhi border — should end soon.

In all likelihood, even the tractor march scheduled for November 29, will be called off. The farmer unions are actively considering this, and a final call will be taken at the Samyukt Kisan Morcha (SKM) meeting slated for Saturday. With resources drying up and Prime Minister Narendra Modi announcing the withdrawal of the three farm laws, the farmers’ unions are awaiting Union Cabinet’s nod to repeal the laws and bring these in Parliament, before they officially decide to end the struggle at the Delhi border.

Why legal guarantee on MSP important?

Farmers need assured income. If there is a legal framework mandating that crops be bought at MSP, it will ameliorate the sufferings of poor farmers. —BS Sidhu, Member secretary, Punjab state farmers and farm workers commission

When there is no legal guarantee, in spite of MSP, crops are bought at much lower price. Maize with Rs1,870 per quintal MSP has never yielded more than Rs1,100. Similar is the case with oilseed and sunflower. —Sukhdev Singh Kokrikalan, General secretary, BKU (ugrahan)

The issue has been discussed at two consecutive meetings of the 32 Punjab-based unions, including the one held today. A senior leader of a Malwa-based union told The Tribune members of the Bhartiya Kisan Sangh, which has links with the Rashtriya Swayamsewak Sangh, were in touch with SKM leaders, and were working to assuage the agony of farmers. It has been conveyed to the SKM “due recognition to the farmers’ struggle will be given in the upcoming session of Parliament”. Sources say following this, many unions are of the view they will continue to fight for getting a legal guarantee for MSP on crops, but the fight will take a different shape now.

The leaders of these unions have reportedly suggested the government may be given some time to decide on how to ensure farmers get legal guarantee for MSP, and till that time, the agitation can be brought back to state capitals. “We have decided on a few options for changing the course of the struggle, during the meetings of 32 Punjab unions. But everything will depend on how the BJP government make future moves, a top SKM leader told The Tribune.