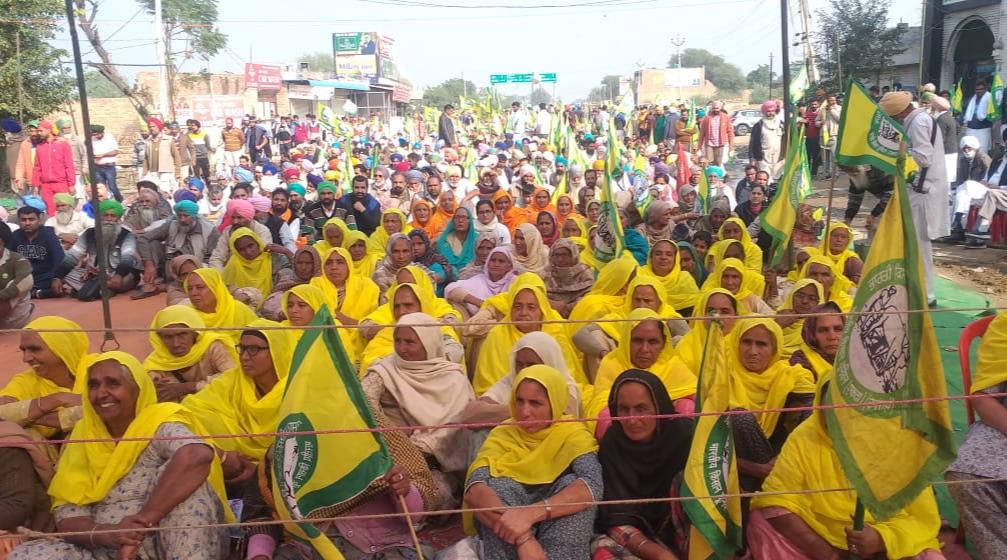 Barred from entering in Haryana on their march to Delhi for their ‘Delhi Chalo’ agitation, farmers have installed permanent tents and started a protest at the Dabwali inter-state border, near Doomwali barrier, in Bathinda.

Thousands of farmers have reached Dabwali with large numbers of farmers on their way to reach here.

He said: “We wanted to go to Delhi and stage indefinite protests there but as we have been stopped here, we staged a protest here. Haryana government is responsible for blocking the Bathinda-Delhi National Highway and also for the problems faced by the public due to this.”

He said these protests would go long but at present, they had started planned to hold them for a week. A decision about the further course of action — whether to extend the protest — would be decided later in a meeting of the state committee seeing the situation.

Jethuke said they had given a call for a march to Delhi at Dabwali and Khanori. He said he expected around two lakh farmers to gather at both places.

Haryana police have made elaborate arrangements to stop farmers by putting multi-layered barricading and placing cement pillar stones on the main highway. Besides barricading, two big trucks have also been parked to cover the highway.

Dabwali DSP Kuldeep Singh Beniwal said: “Four companies of Haryana police have been deployed at the inter-state border at Dabwali, and as per state government instructions, borders are sealed so that nobody is allowed to cross and enter the state. For this, elaborate security arrangements have been in place.”

The DSP added that he also held a meeting with farmers and told them to hold a peaceful protest as holding protests was their democratic right.

Moreover, farmers have come up with a full and long-time arrangement of lodging, food and other essential items. Even women, with yellow dupattas on their heads, have also reached the protest here.

The protestors have also built a makeshift stage, which they are using to lash out at the Modi government for the three farm laws.