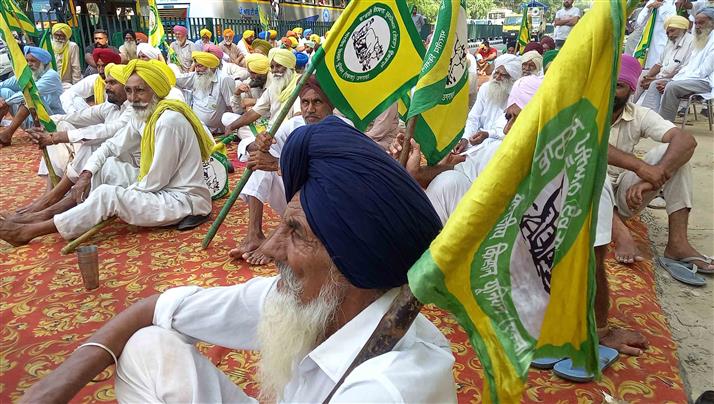 Farmers stage a demonstration against the Union Government in Patiala on Monday. Rajesh Sachar

A year after farmers were run over by a car allegedly driven by Union Minister Ajay Mishra’s son in Uttar Pradesh’s Lakhimpur Kheri on October 3 last year, members of the Samyukt Kisan Morcha (SKM) held a protest in Patiala and expressed their dissatisfaction with the Centre.

The farmers held a dharna outside the District Administrative Complex in Patiala and burne an effigy of the Centre. They later submitted a memorandum to the district administrative authorities.

The protest left parts of the city roads blocked. Farmers said the water issues of Punjab should be resolved according to the international riparian law and demanded the release of arrears of sugarcane procurement.

In Fatehgarh Sahib, various farmers’ unions today paid tributes to the farmers who died in the Lakhimpur Kheri incident by organising a bhog ceremony at Gurdwara Jyoti Swarup Sahib. The farmers marched from the gurdwara to the DAC and raised slogans against the Modi government. They also burnt an effigy of Ajay Mishra.

Addressing the farmers, Harnek Singh, Sarbjit Singh, Harmel Singh and others said a year ago, the protesting farmers were killed in Lakhimpur and the accused was still a BJP minister in the Centre. They said resentment prevails among the public and particularly the farmers across the country were against the BJP.

In Muktsar too, the farmers burnt an effigy of the Centre to mark the first anniversary of the Lakhimpur Kheri violence, which claimed eight lives. The protesters demanded Ajay Mishra’s dismissal and handed over a memorandum to the DC in this regard. 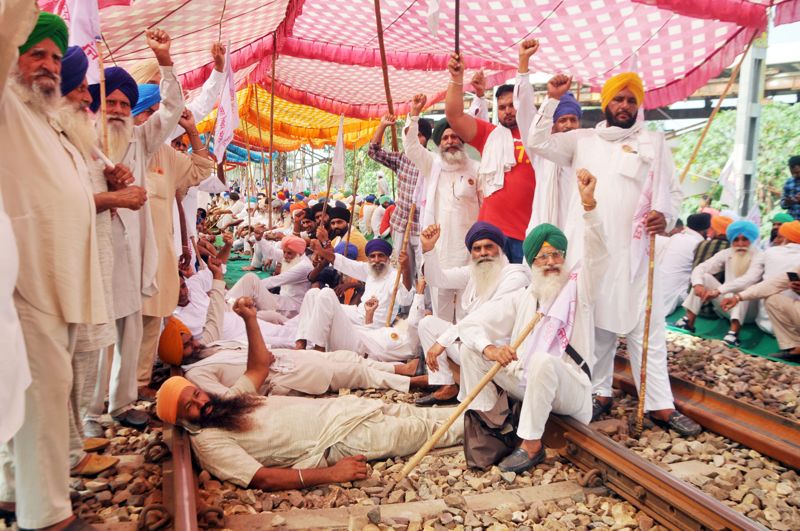 Due to the protest, over 11 trains in the Ferozepur railway division were affected. As per information, six trains were cancelled and five were rescheduled. Commuters faced a tough time due to the agitation. OC