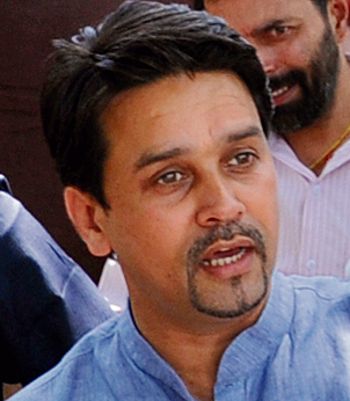 With the protests against the contentious agriculture legislations refusing to die down, Minister of State for Finance Anurag Thakur, in an exclusive interview with Sanjeev Singh Bariana, tries to allay fears of the farming community.

How true are the fears of farmers that the government will withdraw completely from purchasing the farm produce and leave it entirely open to the private sector?

The government is neither going to withdraw from purchasing the farm produce nor going to do away with the minimum support price (MSP). Also, the government is not going to leave the agricultural production entirely open to the private sector. Under the Farmers’ Produce Trade and Commerce (Promotion and Facilitation) Act, 2020, farmers will be freed from the grip of the middleman and they will be able to sell their produce to buyers from across the country. Under the Farmers’ (Empowerment and Protection) Agreement on Price Assurance and Farm Services Act, 2020, they can opt for contract farming with agriculture trade firms, wholesalers, big retailers and exporters. The provision of market linkages at the sowing stage itself will insulate them from production and price vagaries.

The Farmers (Empowerment and Protection) Agreement on Price Assurance and Farm Services Act, 2020, enables contract farming through an agreement between farmers and buyers prior to the production at a fixed price.

Was the government right in pushing through the legislations without dispelling the Opposition’s misgivings?

Let’s go by hard facts. During 2009-2014, the Budget allocation for agriculture increased by a meagre 8.5 per cent. From 2014-2019, the Modi government hiked it by 38.8 per cent. By opposing the passage of these historic Acts in Parliament, the Congress exposed itself. In its 2019 poll manifesto, the Congress clearly said it will repeal the Agricultural Produce Market Committee Act and make trade in agricultural produce — including exports and inter-state trade — free from all restrictions.

If farmers do not get the MSP from traders, does the government guarantee to compensate them for all 23 crops listed under the MSP?

The 70th round of the National Sample Survey Office on Key Indicators of Situation Assessment of Agricultural Households in India shows that only 6 per cent of farmers gain from MSPs. The volatility of the markets was a reason for the poor growth of the agricultural sector.

Shouldn’t the farmers be given a patient hearing?

Do not underestimate the intelligence of our farmers. They are not part of the protests staged by the Congress, which is resorting to gimmicks such as burning tractors. We have our ears to the ground and have been listening to the farmers. The farming community across the nation is happy and pleased with these Acts, visit any part of rural India and you will get the real picture.

Farmers also have their misgivings on electricity and fertiliser subsidies. What’s the truth?

Aren’t the farm laws harsh on arhtiyas who play a crucial role in procurement of crops?

The government is simply working to ensure that the farmers get better price discovery for their produce. The Farmers’ (Empowerment and Protection) Agreement on Price Assurance and Farm Services Act, 2020, also enables contract farming through an agreement between the farmer and the buyer prior to the production at a fixed price.