The farmers are on a dharna outside Golden Sandhar Sugar Mill, Phagwara 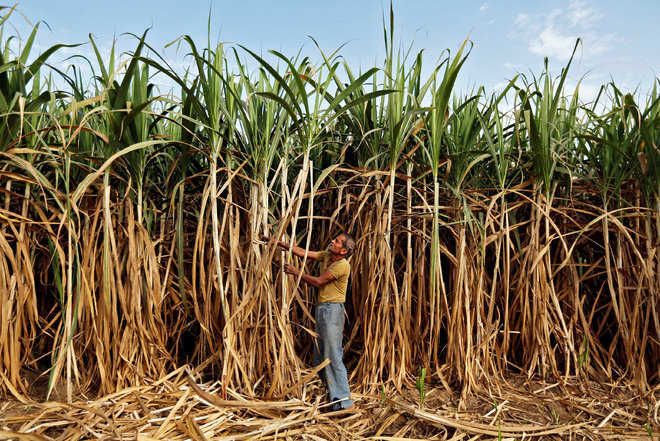 To mollify sugarcane farmers agitating over non-payment of dues, the AAP government in Punjab on Friday released Rs 100 crore against the dues pending with cooperative sugar mills. However, the farmers, who have blocked the Jalandhar-Phagwara National Highway, said their protest was against non-payment of dues to private sugar mills and threatened to step up their stir.

The farmers are on a dharna outside Golden Sandhar Sugar Mill, Phagwara. The CM, while announcing that a sum of Rs 100 crore had been deposited in the accounts of the farmers, said arrears amounting to Rs 295.60 crore had to be paid to cane growers by the government/cooperative sugar mills. Of this amount, Rs 100 crore was paid by the government on July 29, this year. Mann said of the remaing arrears totalling Rs 195.60 crore, he had promised the farmers that a sum of Rs 100 crore would be paid by August 15 and Rs 95.60 crore cleared by September 7.

“The private sugar mills, except the Phagwara sugar mill, have assured us that they will clear the farmers’ arrears by September 7,” the CM added.