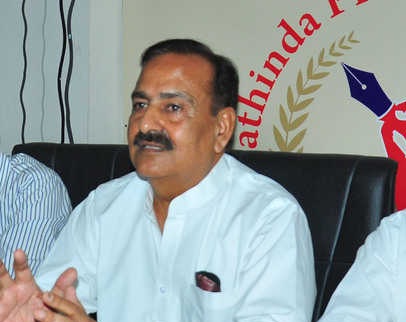 Abohar: Members of the Punjab Youth Farmers’ Association on Tuesday staged a sit-in outside the residence of BJP legislator Arun Narang against the three farm laws passed by the Union Government in Parliament. Raising slogans against the Central Government, protesters said the BJP-led NDA government had brought the Acts to destroy the farmers of Punjab. The Acts were not only against the farmers, but also against the farm workers, labourers and traders, so we all have to fight together against it.

Narang met the youth amidst tight police security. He urged farmers to go through the laws that the Centre had enacted. If they really do any harm, he wouldn’t hesitate in supporting the stir. — OC