Farmers seek legal guarantee on MSP as per Swaminathan formula 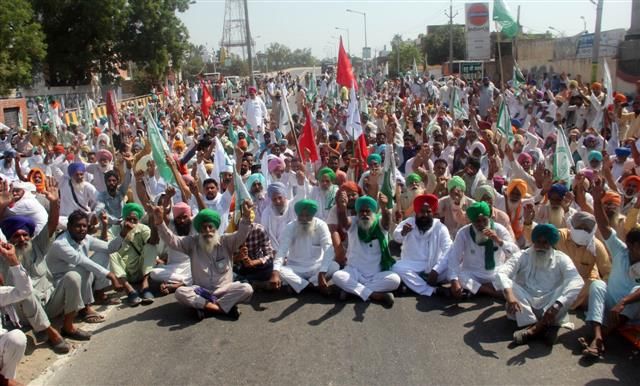 Farmers organised a dharna in front of the Deputy Commissioner’s office here today while observing “MSP Guarantee Week” which started on April 11.

They submitted a memorandum, addressed to Prime Minister Narendra Modi, to the local district authorities, demanding that the PM Modi fulfilled the promise of guaranteeing MSP for all crops as per the Swaminathan formula at the earliest.

At the time of revoking the controversial farm laws last year, the Union Government had agreed to make the MSP a legal guarantee but the demand had not been met till now, said farmers.

The week-long programme is being organised under the banner of the Samyukt Kisan Morcha (SKM).

It has asked farmers and farm organisations across the country to organise at least one programme in their districts so that a nationwide movement is built on the question of MSP.