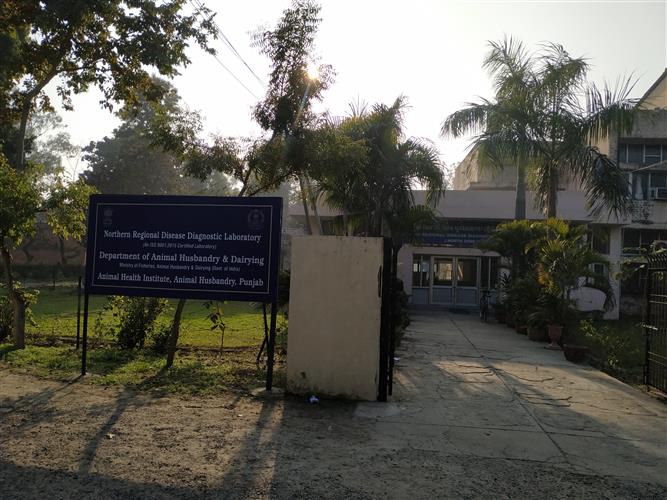 Covid testing in the Viral Research and Diagnostic Laboratories (VRDLs) and the Regional Disease Diagnostics Laboratory (RDDL) in the state has been suspended with the staff, fearing layoffs, proceeding on an indefinite strike from Saturday.

The VRDLs and RDDL in the state collectively carry out tests of 8,000 to 12,000 Covid samples per day.

The staff proceeded on the strike after half the employees at these labs were asked by their in-charges not to mark attendance at their respective centres. During the peak, these labs tested 40,000 to 50,000 samples per day.

The Punjab Corona Lab Union, comprising research scientists, research assistants, lab technicians, lab attendants, data entry operators and sweepers, said it would resume work only after all members were adjusted in existing government departments and labs. Until then their strike would continue, the union said.

The seven labs across the state include — three VRDL labs at medical colleges at Amritsar, Faridkot and Patiala and relatively smaller labs — RDDL, Jalandhar and at Guru Angad Dev Veterinary and Animal Sciences University, Ludhiana and the labs at the Punjab Biotechnology Incubator Agri and Food Testing Laboratory, Mohal, and Forensic Science Laboratory, Mohali.

Notably, 300 staff members were appointed on various posts in the labs in 2020 during the peak of the pandemic across the state. The appointments were made by Baba Farid University of Health Sciences, the staff’s salaries are also being paid by the Registrar of the same university.

Staff members said a counselling session was held in June and staff members were promised that they would be shifted to the VRDL labs across the state. However, three months later, some employees have been verbally asked not to continue anymore.

Paljinder Singh, president, Punjab Corona Lab Union, who works at the Punjab Biotechnology Incubator Agri and Food Testing Laboratory, Mohali, said, “We were appointed with the promise that we will be made permanent. Our services were taken during the peak Covid waves amid so much panic. At one point of time, these labs handled 40,000 to 50,000 samples a day. About 299 staff members were part of the June counselling session. Now, suddenly 148 of them have been told by the university they don’t need to show up. We won’t work until all are reinstated and adjusted.”

Dr Rajesh Bhaskar, nodal Officer, Covid, said, “There is no confusion regarding the lists. We are working in coordination with the Medical Education and Research Department at Baba Farid University. We have requested the university to look at the list again and send the final list by tomorrow.”