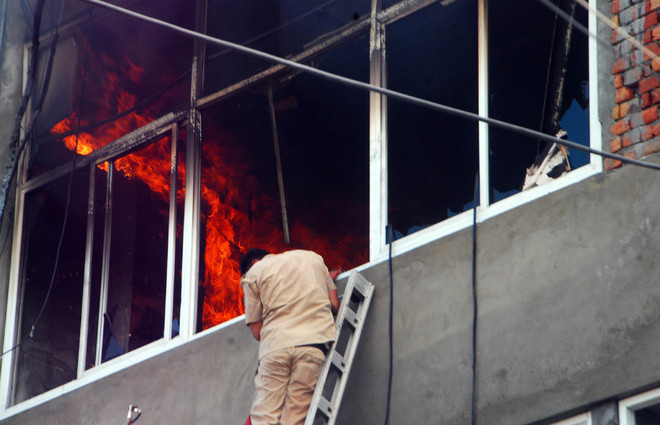 A massive fire broke out inside the office of a government bank on the Bathinda-Goniana road near Tinkoni on Friday. Goods worth lakhs, including records, computers, furniture, air-conditioners and other items, were gutted in the fire that lasted for nearly three hours.

Finance Minister Manpreet Badal’s office was also in the same building but no damage was reported there. As many as 10 fire tenders were pressed into action to douse the fire.

A short-circuit was stated to be the reason behind the incident. Sub-Fire Officer Gurmail Singh said, “We received a call around 9:05 am regarding the fire. We reached the spot and used four big and six small fire tenders to douse the fire. It took us around three hours before we could completely douse the fire. Some of our firemen also got injured in the exercise.” The manager of the bank said the fire caused heavy damage and many important records and items were gutted. — TNS