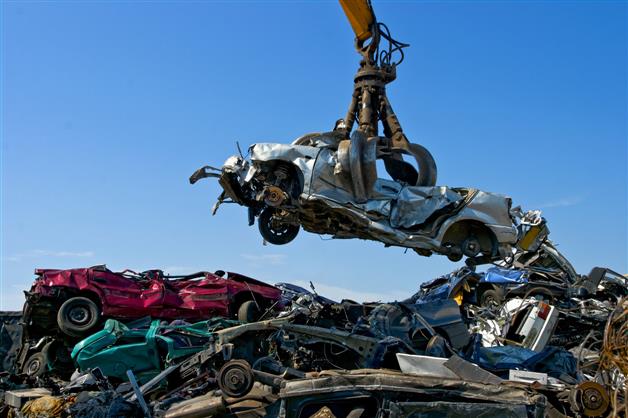 Punjab Police on Thursday nabbed three persons, including a Mansa-based scrap dealer for fraudulently selling scrapped Maruti Suzuki cars after tempering with their chassis number and getting them registered as legitimate vehicles in Punjab and other states.

Giving this information here today, Deputy Inspector General of Police (DIG) Ropar Range Gurpreet Singh Bhullar said that an authorised Maruti Suzuki Dealership namely Atelier automobiles located at Bahadurgarh in Patiala had sold at least 87 cars damaged due to flooding in the showroom premises to a scrap dealer for a mere Rs 85 lakhs. The cars were brand new but officially categorised as ‘condemned’, as they had been in a flooded showroom for some time.

The cars were sold to a Mansa-based scrap dealer identified as M/S Puneet Trading Company owned by Puneet Goyal on July 27, 2019.

Goyal is absconding and police teams have launched a manhunt to arrest him.

Those arrested in the case have been identified as Rajpal Singh (father of Puneet Goyal), Jaspreet Singh alias Rinku (Mastermind and Car Dealer) both residents of Mansa and Naveen Kumar (RTA agent) of Bathinda. Besides, the police have booked the owner Puneet Goyal.

Disclosing details, DIG Gurpreet Singh Bhullar said upon a detailed investigation of the subsequent paper trail, it came out that these 87 vehicles, whose chassis numbers were grinded and the vehicles were earmarked for being scrapped by the agency, have been fraudulently registered as legitimate vehicles in connivance with various RTA offices of Punjab and other states.

The role of officials of various RTA offices is also being investigated, Bhullar added.

SSP Fatehgarh Sahib, Ravjot Kaur said that further investigations are on and the police is trying to recover the remaining cars, which were sold to different people in Punjab and other states.