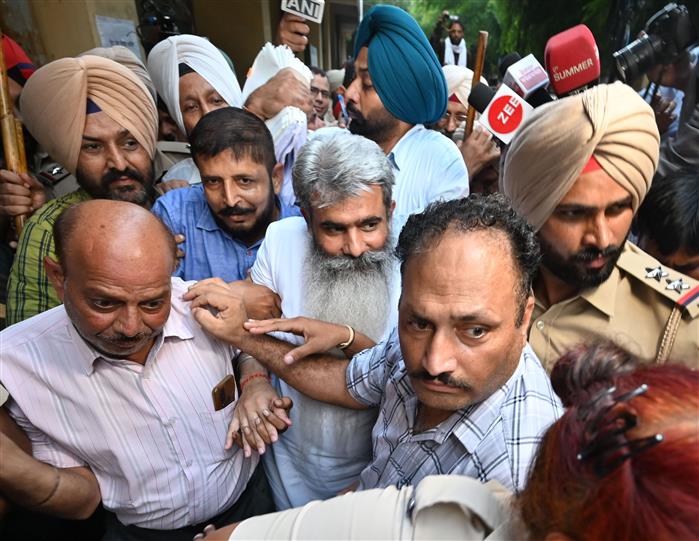 The court extended the police remand of another accused, contractor Telu Ram, till August 25. He submitted that he neither made any confessional or disclosure statement to the Vigilance Bureau (VB) nor named anyone for taking bribe for allotting transport tenders.

He accused VB officials of making him sign a confessional statement under pressure. At this juncture, VB ACP intervened and submitted before the court that officials had written what the accused had said. The former minister, meanwhile, submitted in the court that he was being implicated and the case smacked of political vendetta.

Vigilance Bureau’s Special Public Prosecutor Balwinder Singh sought the remand of the two accused on the plea that they were required to be questioned together.

He also pleaded that Ashu’s custodial interrogation was necessary to know the whereabouts of two other accused, who had fled abroad and were in touch with the Congress leader.

Another point he raised was that Ashu needed to be grilled as to what properties he had allegedly amassed from the ill-gotten money.

Ashu and Telu Ram were produced before the court around 4.20 pm amid tight security. The proceedings went past 5 pm.

The courtroom was jam-packed with lawyers, who had gathered in support of the former minister.